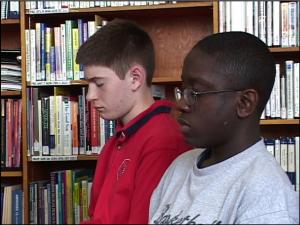 A panel of physicians and scientists will report on the benefits of a simple meditation practice for aiding students diagnosed with ADHD during a national medical webinar, which will be hosted by the David Lynch Foundation on Wednesday, September 30, 12 noon (ET).

The webinar, which comes on the final day of National ADHD Public Awareness Month, will report on published research on the effects of the Transcendental Meditation technique for improving academic achievement and executive brain function while reducing learning disorders, anxiety, depression, metabolic syndrome, diabetes, and heart disease.

William Stixrud, Ph.D. Clinical Neuropsychologist and Director of William Stixrud and Associates, specializing in the evaluation and treatment of children, adolescents, and adults with learning, attention, and/or social/emotional difficulties; Assistant Clinical Professor of Psychiatry at the George Washington University Medical Center.

Over 50% reduction in stress and anxiety, and improvements in ADHD symptoms

One recent study, published in the December 2008 issue of the peer-reviewed Current Issues in Education, followed a group of 10 middle school students with ADHD who were practicing the Transcendental Meditation technique twice a day in school. After three months, researchers found over 50% reduction in stress and anxiety, and improvements in ADHD symptoms.

“The effect was much greater than we expected,” said Sarina J. Grosswald, Ed.D., a George Washington University-trained cognitive learning specialist and lead researcher on the study.  “The children also showed improvements in attention, working memory, organization, and behavior regulation.”

Grosswald said that after the in-school meditation routine began, “teachers reported they were able to teach more, and students were able to learn more because they were less stressed and anxious.”

Prior research shows ADHD children have slower brain development and a reduced ability to cope with stress.

“Stress interferes with the ability to learn—it shuts down the brain,” said William Stixrud, Ph.D., a Silver Spring, Maryland, clinical neuropsychologist and co-author of the study.

“Medication for ADHD can reduce the symptoms for some children, but it is marginally or not effective for others. Even for those children who show improved symptoms with the medication, the improvement is often insufficient,” Stixrud said.

According to the Centers for Disease Control, almost 50% of the 4.5 million children (ages 4-17) in the United States diagnosed with ADHD are on ADHD medication—and the majority of those on medication stay on it in adulthood. Stixrud said there is growing concern about the health risks and side effects associated with the common ADHD medications, including mood swings, insomnia, slowed growth, and heart problems. In 2006 the FDA required manufacturers to place warning labels on ADHD medications, listing the potential serious health risks.

These high risks and growing concerns are fueling parents’ search for alternatives that may be safer for their kids.

“There is already substantial research showing the effectiveness of the TM technique for reducing stress and anxiety and improving cognitive functioning among the general population,” Dr. Grosswald said. “What’s significant about our findings is that among children who have difficulty with focus and attention, we see the same results. TM doesn’t require concentration, controlling the mind or disciplined focus. The fact that these children are able to do TM and do it easily shows us that this technique may be particularly well suited for children with ADHD.”

The David Lynch Foundation is a nonprofit, 501(c)(3), which has provided more than $7 million in scholarships to teach Transcendental Meditation to over 100,000 at-risk students throughout the United States, Latin America, the Middle East, and Africa