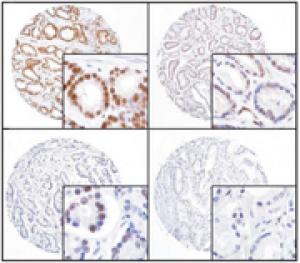 By Andrea Archibald and Kevin Meagher

Not widely known, but strikingly true: lung cancer kills more people than any other type of cancer—more than the other top three cancer killers combined annually, according to the American Cancer Society.

Broad new science may soon be able to help determine the probability of developing lung cancer. Recent research is discovering the possibility of, much like other forms of cancer, a genetic proclivity to lung cancer. Furthermore, these genetic markers can greatly improve preventative care results and increase rates of early diagnosis.

The New England Journal of Medicine’s statistics speak plainly: if detected in stage one, lung cancer has a 92% ten-year survivability rate. This has put a great deal of pressure on scientists and researchers to come up with more effective methods of detecting cancer early on.

“Our bodies build up natural immunities to most of the medications available to fight cancer presently, and using stem cell research we may be able to identify what causes these tolerances,” he told RPRN.

In 2006, Dr. Simon D. Spivack, a pulmonologist at the Wadsworth Center, and his team at the public health laboratory of the New York State Department of Health, developed a test that could identify an individual’s propensity for lung cancer with a simple breath test. This test, with its isolation of DNA modifications specific to lung cancer, could possibly double the survivability rating of the disease in the not-so distant future by ensuring lung cancer is caught in the early stages.

“There is no question that early screening tests, tools and technologies that address lung cancer could have serious impact on the survival probability of patients,” said Kamran Tahamtanzadeh, Founder, President and CEO of PrognosDx Health, Inc. to RPRN.

Test results “could also result in better understanding the profile of this disease in patients and help with clinical trials…” explains Tahamtanzadeh to RPRN. Their research has shown that alterations to the histone of individual cells, or the strand of protein around which DNA winds, appears altered in cancerous cells. This histone rule could predict clinical outcomes in lung cancer patients, among other implications.

This “empowers oncologists with a completely new piece of information that is independent from the results of routine clinicopathological tests performed in laboratories around the country…” Tahamtanzadeh told RPRN.

More than fund raising, Bonnie Addario, of the Bonnie J. Addario Lung Cancer Foundation, is trying to raise awareness for what she finds all too few people know: Lung cancer kills more people than any other type of cancer, and more than the other top three cancer killers combined.

Addario draws a comparison to the public’s awareness of HIV when it was widely seen as a ‘homosexual’ disease to how lung cancer is stigmatized by smokers. “I believe his name was Randy White,” Addario told RPRN. “He was 14 yrs old and contracted AIDS from a blood transfusion. That is when peoples started to really look at AIDS differently, it was like ‘oh my goodness’ this could happen to me’.”

Addario explained that one of the goals of her foundation is to make a similar transition in awareness–not just smokers are susceptible to the disease. “We’ve got a girl being treated in San Francisco, 20 years old. She’s in college, an athlete, has stage four lung cancer and has never smoked a day in her life, and she’s not been around enough side-stream smoke to have contacted the disease. There’s a 23 year old named Taylor in VA, a 7 year old with a rare lung cancer.”

“There is a huge rise in ‘never smokers’,” Addario continued. “They are in their 30’s and 40’s. They’ve never smoked a day in their life and all of the sudden they present at stage four.”

Research and public awareness campaigns will continue to be the focus in the fight against this deadliest form of cancer.