Branching Out: Lifestyle Centers and the Future of Shopping 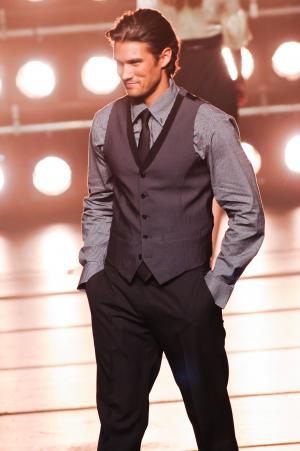 In these challenging economic times, despite our increasingly expensive brand-oriented tastes, even the good old American shopping mall is perilously at risk. Previously a ‘mecca’ for fashionistas, retail marketers are looking toward a different hybrid concept of what the future in shopping beholds. The ICSC (International Council of Shopping Centers) held its Future Image Architecture Competition this spring, showcasing the best ideas in sustainable retail design. The winner was Arrowstreet Inc.’s I-Marketplace concept, a commuter-based shopping environment tuned into today’s urban lifestyle trends.

“The Retail Center of the future is envisioned as a linear integration of sustainable wind powered rail and a multi-use marketplace that changes over the course of the day,” says Curt Hazlett of SCT (Shopping Centers Today) magazine, “Focusing on the ‘customization of place’, the realm of shopping merges with the realm of social networking as it is engaged through hand-held mobile devices and experienced in person.”

Its customizable, moveable retail kiosks function according to commuter/shoppers’ needs and impulse-buy desires as they get off the train: from gourmet coffee carts in the morning, to designer clothing and farmers’ markets at midday, and finally seamlessly transforming into restaurants and entertainment areas at night. Interactive projected advertisements inside the trains link directly to the boutiques at various stations (or marketplaces), making reserving a table for dinner or setting aside merchandise for pick-up later on, as easy as the touch of a button from your ‘window shopping’ seat. Reminiscent of European railway stations with its high, vaulted ceilings and overabundance of light, shiny tiled floors and all the hustle and bustle of an old-world ‘agora’, this mall of the future retains a certain charm integral to consumer loyalty of a bygone era. The spacious yet high-tech feeling recalls an era when Frank Lloyd Wright and Eero Saarinen were leaders of the commercial architecture game. Famed buildings such as the Guggenheim Museum in New York and the TWA flight terminal at Kennedy airport, respectively, still inspire today’s great thinkers designing for tomorrow.

But can the look and feel of a shopping mall ultimately affect its stores’ sales figures?

As more and more once-trendy labels have fallen prey to their own limited potential, we see a growing trend of horizontal diversification from clothing lines delving into accessories, house-wares and even the cosmetics market. Despite attempting to appeal to more refined tastes, Crocs may be on its way out: only in business for the past seven years, it lost nearly $200 million in sales in 2008, resorting to job cuts this year in order to stave off bankruptcy. Among other popular chains now filing for bankruptcy protection? Crabtree & Evelyn, Bombay Company and Sharper Image. Sales have been reported as plummeting, employees netting less than half their take-home pay just a couple of years ago as commissions remain at a standstill minimum.

“June sales…dropped 4.7 percent (this year) as compared with last year…specialty retailers took one of the biggest hits, with sales at Abercrombie plummeting 32 percent, the worst performance of any retailer…” says Washington Post reporter, Ylan Q. Mui.

Some tried and true brands have attempted to stave off their eventual demise by launching new, hipper lines targeted to teens – an increasingly discriminating market share of the population. One such label is flourishing even in this downturn economy: PS by Aeropostale is off to a good start this back-to-school season. Last week’s sales showed a $38.6 million profit – up from $21.1 million just one year ago.

Many brands are turning to leasing space within more trendy mall environments such as lifestyle centers, in hopes that by associating themselves with a more high-profile retail sprawl, their stocks will likely go up. Lifestyle centers can offer what regular shopping malls just can’t. Fresh air, for one, as most are based on a power-center structure as opposed to one giant, enclosed building. Common areas are designated for outdoor concerts and activities, playgrounds and gardens. These free organized events give the consumer a greater feeling of appreciation and an added diversion to everyday shopping trips. In addition, many malls are becoming tuned into advancements in technology, with free wi-fi zones and laptop-friendly seating areas. Kiosks and food carts give the feeling of walking along a busy public street, without the hazards of raging traffic and other urban annoyances. Each store in a power-center is its own entity within a uniform neighbourhood designed with like-facades but separate entrances, creating a self-contained comfortable shopping environment no matter which space the customer happens to step into. With common areas situated outdoors, there is no need for heating and cooling the expansive corridors of enclosed malls which are, essentially, wasted space. Hotels, spas, nightclubs and concert halls are among staples at these all-in-one communities, promoting the philosophy that you can find everything you need (and want) all in one place, without ever having to leave.

Quartier DIX30, Québec’s first-ever lifestyle center located just south of Montréal, rivals the famed outdoor malls of sunny California. Last year, its comprehensive marketing campaign merited the Maple Leaf Gold award, the highest achievement for Canadian retail marketing, issued by the ICSC. Amanda Williams has been the marketing coordinator for a non-profit organization called the West Island Palliative Care Residence for the past two years, heading up six direct mail campaigns per year. She is also an avid shopper, and was one of a thousand guests in attendance at DIX 30’s annual fashion show, held on August 25.

“I really enjoyed my experience at Quartier DIX30,” Williams told RushPRnews, “I was impressed by the grandeur of the area and the architecture.  The roads and sidewalks were very clean and inviting, I was immediately struck by the feeling of being on vacation, surrounded by people and next to an open air fire I felt relaxed as if on holiday.”

Not unlike other high-profile lifestyle centers, at DIX30, advertising is key with an aggressive online, billboard and magazine campaign that’s got every other mall in town jealous, and feeling the competition. With a unique marketing program boasting year-round contest draws, giveaways, fashion shows, activities and a free spacious underground parking facility, lifestyle centers like this one may just be the only malls dotting our future urban landscapes – even north of the border.

An imminent predator of shopping malls, no matter what the design, is the steadily increasing online consumer market. Websites such as Pricegrabber and QVC make staying at home to go shopping an increasingly popular ‘activity’, not to mention the plethora of promotions and coupons to be had via retail store’s own sites. Without a doubt contributing to the nation’s rise in obesity ratings alongside television, computers and videogames, on-line shopping has become the norm as far as pastimes go. No wonder we have to spice up our real malls: we have become a frighteningly overworked, overstressed, convenience-driven, impulse buying population who has, quite possibly, forgotten the pleasurable art of window shopping… with real windows, of course.