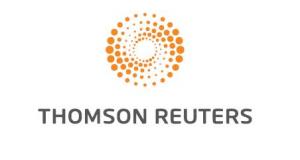 Americans lack confidence that healthcare reform will deliver more affordable or better quality medical care, according to a survey released today by the Thomson Reuters.

The study, which tracks consumer attitudes toward healthcare reform, addresses a wide range of issues including the cost and quality of healthcare, the prospect of higher taxes, and satisfaction with physicians and insurance coverage.

The analysis is based on a telephone survey of 3,007 households conducted from July 28 to August 9 – a segment of the Thomson Reuters PULSE Healthcare Survey, the nation’s largest and longest running privately funded survey exploring healthcare behaviors, attitudes and utilization.

Here are the key findings:

“It’s easy to see why there is considerable disagreement about healthcare reform. People are generally satisfied with what they have, skeptical that change will improve the system, and divided on the role the government should play,” said Gary Pickens, chief research officer for the Healthcare & Science business of Thomson Reuters and lead author of the study. “And we’re seeing wide variance of opinion across demographic profiles, suggesting it will continue to be challenging for legislators to find the middle ground.”

About Thomson Reuters
Thomson Reuters is the world’s leading source of intelligent information for businesses and professionals. We combine industry expertise with innovative technology to deliver critical information to leading decision makers in the financial, legal, tax and accounting, scientific, healthcare and media markets, powered by the world’s most trusted news organization. With headquarters in New York and major operations in London and Eagan, Minnesota, Thomson Reuters employs more than 50,000 people in 93 countries. For more information, go to www.thomsonreuters.com.