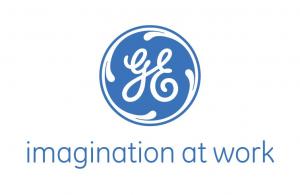 GE Energy has signed a multi-year service contract for more than US$45 million with Dubai Aluminium Company Limited (DUBAL), one of the world’s largest producers of premium quality aluminum. The agreement is designed to reduce the cost of aluminum production while maximizing the reliability and overall performance of 19 GE gas turbines that power the DUBAL production complex.

“Performance and reliability of our power supply are very important for the production of aluminum,” said Abdulla Kalban, president and CEO of DUBAL. “This service agreement with GE will help us reduce our cost of generating electricity, which will lead to a lower cost of aluminum production, positioning us more competitively in the global market.”

The GE gas turbines operating at the DUBAL power plant include six Frame 9E units, five Frame 9Bs and eight Frame 5s. As part of the service agreement, the NOx emissions of the Frame 5 units will be reduced by 15 percent.

“Our service agreement will provide DUBAL with GE’s technical experience and support to meet their specific power generation requirements,” said Joseph Anis, president of GE Energy for the Middle East. “The reliable supply of power and long-term performance of the gas turbines is key to the overall success of this milestone project. With a dependable and efficient supply of power, DUBAL can focus on its core mission—the production of aluminum.”

The agreement covers the supply of parts, performance uprates, repairs and field services for planned outages for the gas turbines, over a period of seven years. It further reiterates the leading role that GE Energy plays in the industrial sector of the U.A.E. and the strong partnerships the company has forged with leading players across various economic sectors.

In addition to addressing DUBAL’s performance and reliability requirements, the GE service agreement will help reduce DUBAL’s critical spare parts inventory, a key milestone in the company’s cost-cutting initiative, and further complement the company’s status as one of the world’s most environmentally friendly and lowest production cost smelters.

All of the repairs covered under the service agreement will be performed at the Gulf Turbine Services (GTS) facility in Abu Dhabi. The GTS facility, a joint venture between GE and Abu Dhabi Aircraft Technologies, was established in 2001 to meet local as well as regional customer needs in the power generation and oil and gas industries.

Located about 35 kilometers from the city of Dubai, the DUBAL aluminum-producing complex was established in 1979 and has been expanded several times. Today, it has the capacity to produce more than 960,000 tons of quality, hot metal aluminum annually, for customers in more than 48 countries.

GE has been present in the Middle East since the 1930s and today has regional management and project management offices throughout the region as well as local repair and service facilities to serve its customers there. GE Energy has been a successful partner in the development of the Middle East’s energy infrastructure with more than 1,000 turbines installed throughout the region, providing more than 70 gigawatts of power. GE Energy offers tailored energy solution platforms that also help boost cost efficiency for customers around the globe.

GE Energy (www.ge.com/energy) is one of the world’s leading suppliers of power generation and energy delivery technologies, with 2008 revenue of $29.3 billion. Based in Atlanta, Georgia, GE Energy works in all areas of the energy industry including coal, oil, natural gas and nuclear energy; renewable resources such as water, wind, solar and biogas; and other alternative fuels. Numerous GE Energy products are certified under ecomagination, GE’s corporate-wide initiative to aggressively bring to market new technologies that will help customers meet pressing environmental challenges.

GE is a diversified global infrastructure, finance and media company that is built to meet essential world needs. From energy, water, transportation and health to access to money and information, GE serves customers in more than 100 countries and employs more than 300,000 people worldwide. For more information, visit the company’s Web site at http://www.ge.com. GE is Imagination at Work.