Bloomingdale’s to Support amfAR With ‘Fashionable Fundraiser in Black & White’ 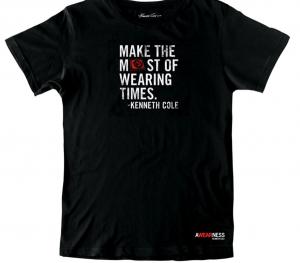 Seasonal Shopping Event To Benefit The Foundation for AIDS Research

For the seventh year in a row, Bloomingdale’s will host a charity shopping night in each of its stores — the Fashionable Fundraiser in Black and White. Held each February and August, the Fashionable Fundraiser helps raise awareness and funds for national and local charities. This August, Bloomingdale’s will partner with amfAR, The Foundation for AIDS Research, for the four-day event, running from Thursday, August 27 through Sunday, August 30.

Fashionable Fundraiser in Black and White invites shoppers to support Bloomingdale’s and its involvement in its communities. Customers will have the opportunity to shop for a cause, enjoy special offers, and learn more about amfAR and how to get involved in their own communities. Bloomingdale’s pledges to make a donation of $75,000 to amfAR, which the organization will use in support of its global programmatic efforts in the fight against AIDS.

“Bloomingdale’s has a long-standing history of supporting AIDS research, and we are proud to continue to aid the fight with this season’s Fashionable Fundraiser in Black and White,” says Michael Gould, chairman and CEO of Bloomingdale’s. “What better partner could we ask for than amfAR, an organization that has helped to advance AIDS research in leaps and bounds since its inception, and gotten this world ever closer to a cure.”

Designer Kenneth Cole, chairman of the board of amfAR, has designed a t-shirt exclusively for Bloomingdale’s for the Fashionable Fundraiser in Black and White. The black tee proclaims in red and white writing, “Make the Most of Wearing Times,” in classic Kenneth Cole style. 75% of the $35 retail price of the tee will go directly to amfAR.

“amfAR is grateful to Bloomingdale’s for its generosity and its forward-thinking philanthropic leadership,” said Cole. “We applaud them for recognizing the importance of supporting cutting-edge research and for keeping AIDS in the public eye.”

The tee will be showcased on the Good Deeds wall — a new addition to stores this fall. The Good Deeds wall will highlight products that support charities and other various causes. Beginning with Fashionable Fundraiser, the wall will be seen in all stores, with a rotating selection of products, through the Holiday season.

The black and white theme, which is a Bloomingdale’s signature, will play out in surprising and delightful ways throughout the stores. A Turner Classic Movies (TCM) trivia game will be placed randomly throughout each store, leading shoppers to the Good Deeds wall. Once there, they can select a mystery envelope and win a prize. A $1 donation will be made to amfAR for each person who completes and turns in the quiz to the Good Deeds wall, in addition to the $75,000 pledge.

TCM has provided fantastic prizes for the movie trivia game. One grand prizewinner will be chosen from each region to receive a TCM Movie Library, complete with 80 of cinema’s greatest films. A second prizewinner in each store will receive a TCM gift basket. Additional winners will take home a TCM crossword puzzle book.

Throughout the Fashionable Fundraiser weekend, customers can have their photos snapped in black and white photo booths or drawn by sketch artists, and black and white cookies will satiate hungry shoppers — activities will vary by store. Shoppers can even watch classic black and white movies in special viewing lounges.

Turner Classic Movies plays a vital role in Bloomingdale’s fall film campaign, and has curated the selection of black and white movies screening in stores. And, the network, which is the authority in classic films, has loaned Bloomingdale’s its extensive collection of photographs. The “Hollywood’s Leading Ladies” and “Hollywood’s Leading Men” black and white photograph exhibits will be on display in each store throughout the fall season.

Bloomingdale’s is America’s only nationwide, full-line, upscale department store; and a division of Macy’s, Inc. It was founded in 1872 and currently operates 40 stores in New York, New Jersey, Massachusetts, Pennsylvania, Maryland, Virginia, Illinois, Minnesota, Georgia, Florida, Nevada and California. For more information, or to shop any time, visit www.bloomingdales.com.

amfAR, The Foundation for AIDS Research, is one of the world’s leading nonprofit organizations dedicated to the support of AIDS research, HIV prevention, treatment education, and the advocacy of sound AIDS-related public policy. Since 1985, amfAR has invested nearly $290 million in its programs and has awarded grants to more than 2,000 research teams worldwide.