NRDC Forced to Sue to Get Public Records on Bee Mystery 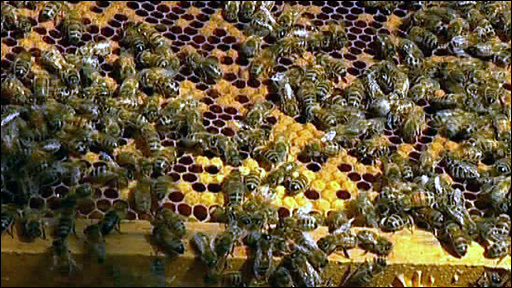 Â WASHINGTON, DC (RUSHPRNEWS)August 21, 2008— The Natural Resources Defense Council filed a lawsuit today to uncover critical information that the US government is withholding about the risks posed by pesticides to honey bees. NRDC legal experts and a leading bee researcher are convinced that the US Environmental Protection Agency (EPA) has evidence of connections between pesticides and the mysterious honey bee die-offs reported across the country.

The phenomenon has come to be called “colony collapse disorder,” or CCD, and it is already proving to have disastrous consequences for American agriculture and the $15 billion worth of crops pollinated by bees every year.

EPA has failed to respond to NRDC’s Freedom of Information Act request for agency records concerning the toxicity of pesticides to bees, forcing the legal action.

“Recently approved pesticides have been implicated in massive bee die-offs and are the focus of increasing scientific scrutiny,” said NRDC Senior Attorney Aaron Colangelo. “EPA should be evaluating the risks to bees before approving new pesticides, but now refuses to tell the public what it knows.

Pesticide restrictions might be at the heart of the solution to this growing crisis, so why hide the information they should be using to make those decisions?”

In 2003, EPA granted a registration to a new pesticide manufactured by Bayer CropScience under the condition that Bayer submit studies about its product’s impact on bees. EPA has refused to disclose the results of these studies, or if the studies have even been submitted. The pesticide in question, clothianidin, recently was banned in Germany due to concerns about its impact on bees.

A similar insecticide was banned in France for the same reason a couple of years before. In the United States, these chemicals still are in use despite a growing consensus among bee specialists that pesticides, including clothianidin and its chemical cousins, may contribute to CCD.

In the past two years, some American beekeepers have reported unexplained losses of 30-90% of the bees in their hives. According to the U.S. Department of Agriculture (USDA), bees pollinate $15 billion worth of crops grown in America. USDA also claims that one out of every three mouthfuls of food in the typical American diet has a connection to bee pollination. As the die-offs worsen, Americans will see their food costs increase.

Despite bees’ critical role for farmers, consumers, and the environment, the federal government has been slow to address the die-off since the alarm bells started in 2006. In recent Congressional hearings, USDA was unable to account for the $20 million that Congress has allocated to the department for fighting CCD in the last two years.

“This is a real mystery right now,” said Dr. Gabriela Chavarria, director of NRDC’s Science Center. “EPA needs to help shed some light so that researchers can get to work on this problem. This isn’t just an issue for farmers — this is an issue that concerns us all. Just try to imagine a pizza without the contribution of bees! No tomatoes. No cheese. No peppers. If you eat apples, cucumbers, broccoli, onions, squash, carrots, avocados, or cherries, you need to be concerned.”

Chavarria has spent more than 20 years studying bees, and has published a number of academic papers on the taxonomy, behavior and distribution of native bees.

NRDC filed the lawsuit today in federal court in Washington DC. In documents to be filed next month, NRDC will ask for a court order directing EPA to disclose its information about pesticides and bee toxicity.

More information on CCD can be found at NRDC’s www.BeeSafe.org web site.
The Natural Resources Defense Council is a national, nonprofit organization of scientists, lawyers and environmental specialists dedicated to protecting public health and the environment. Founded in 1970, NRDC has 1.2 million members and online activists, served from offices in New York, Washington, Chicago, Los Angeles, San Francisco and Beijing.

If you are not a member of the press, please write to us at nrdcinfo@nrdc.org or see our contact pageÂ .