iPod Audiobooks Gifts To-Go For People On the Go 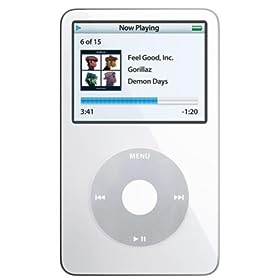 iPod Audiobooks Gifts To-Go For People On the GoÂ

Cupertino, CA (RUSHPRNEWS) December 10, 2007 – With a fast pace of life and work on the increase, many find it hard to find the time to read. A continued three-year peak in audiobooks and iPods indicates the combination is making it possible for people to now get their reading in where ever they go. The easy listening of to-go audiobooks enables multitasking while exercising, commuting, or cleaning house.

Downloadable audiobooks are a solution for many consumers, and are becoming a cool factor option to previously music-oriented generations. Businessmen tend toward sales or motivation audiobooks, while others learn foreign languages with audiobooks. Sales of self-help and how-to titles are strong. Students are finding iPods a way to complete assigned literature requirements, or listen to the best-selling J.K. Rowling Harry Potter books, or loading iPods with it-books such as the new release in audiobook of Vanna Bonta’s FLIGHT a quantum fiction novel.

Consumers turn to audiobooks to maximize travel time because they can be played easily on iPods and in cars. Most new cars come equipped to play digital audio files.

Every day, 97 million Americans drive alone to work, and commuters are stuck in traffic an average of 62 hours per year. That accounts for 32 percent of the entire U.S. population, not including commuters by air travel, bike, bus, train or car pool.

Christmas season, from October and December, is the busiest sales time of the year, with iPods selling more than 1 per second. During the first quarter of 2007 alone, iPod sales were estimated at over 10 million, exceeding the previous year, when sales totaled over 46 million, averaging 88 iPods sold per minute.

Priced better than boxed CD sets, downloadable audiobooks are easy to purchase on the Internet, with booksellers such as Audible.com or iTunes offering wide selections of classic and new book releases. After selecting a book on the site and making the purchase, the audiobook is immediately ready to download, taking only seconds to a few minutes on most computers. It can then be listened to directly from a desktop, or burned to a CD, or tranferred to an iPod, iPhone or supported MP3 player.

Some libraries have expanded their services with the addition of downloadable audiobooks. To check out a downloadable audio book, you need a valid library card, personal computer, and Internet connection. “We are very excited to offer many of the same best-selling authors that are in our physical collection in digital format, including James Patterson, Patricia Cornwell, and even Agatha Christie,” said Karen Creenan, FLLS Executive Director. “Our library users have the comfort of accessing the digital collection from anywhere, whenever they want.”