Clearing Up a Few Myths on Health Insurance Reform 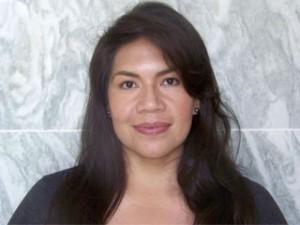 From the White House Blog: Clearing Up a Few Myths on Health Insurance Reform and the Indian Health Service

the Health Care dedicated website “Reality Check”, in response to criticisms of the Indian Health Service.

“I wanted to record this new video for the “Reality Check” site and write this post to debunk the myth that the Indian Health Service (IHS) is a government health plan gone wrong.  It is truly unfortunate that recent press stories seek to scare Americans about health insurance reform by highlighting the IHS system.

First, the IHS system is not an insurance plan.  And comparing the two is like comparing apples to oranges.  IHS provides comprehensive health care services to approximately 1.9 million American Indians and Alaska Natives living on or near reservations in 35 states.  Some of these health services include doctor visits and check-ups, dental and vision care, diabetes prevention and treatment, mental health and substance abuse treatment, and home health care.  IHS also helps construct hospitals and clinics and provides safe drinking water and sanitation facilities to American Indians and Alaska Natives.  Health insurance, by contrast, provides individuals a guarantee to a defined set of benefits for a price.  While the IHS accepts insurance payments for care it provides, it is not an insurance plan.

Second, national health reform will not dismantle IHS.  American Indians and Alaska Natives will continue to have access to their Indian health service facilities. And third, while Indian health has been is historically underfunded, several tribes have developed innovative and award winning approaches to provide health care to their communities. These sites serve as successful models for other rural and public health programs.  President Obama supports IHS which is why he proposed a 13% increase in the FY 2010 budget, and invested $590 million in the American Recovery and Reinvestment Act of 2009.”

The dedicated website was launched by the White House in an effort to, according to the White House, continuously “inform the public debate”, allowing the average American to voice opinion and concern. As with all of the Obama Administration’s initiatives, their online efforts have been utilized to address critical news stories and online commentary, directing the conversation to the “real” issues and away from political fodder.