â€˜Angels and Demonsâ€™: Good vs. Bad in Prescription Medication 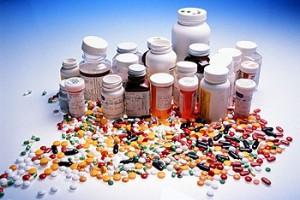 – In the wake of Grammy Awards Whitney Houston and Michael Jackson’s death and much regretted untimely passing of Heath Ledger on January 2008 and of Anna Nicole Smith February 2007, people have been questioning whether the prescription and over-the-counter drug industry is ultimately to blame for overdoses, not only in the celebrity arena, but for the young and impressionable as well. With the plethora of information about drugs available on-line, including the ease of obtainment and precise dosages and effects thereof, we shouldn’t be surprised when they fall into the wrong hands.

Results from a national survey on drug use and abuse indicating that lifelong non-medical users of prescription pain relievers among adults aged 18 – 25 was 22.1% in 2002, increased to 24.3% in 2004, and is steadily rising.

One wonders if we are sometimes too quick to diagnose and prescribe medication nowadays, especially with teenagers and young adults succumbing to greater stresses in their school and work environments than ever before. Pain medications with active ingredients such as morphine and codeine, and more importantly, tranquilizers like Valium and Xanax, are often prescribed to relieve stress. According to an NIDA study on prescription drug abuse, common over-the-counter medications that may contain ephedrine can be combined with other ingredients to produce a very potent, very popular stimulant among drug users: methamphetamine. Even scarier is the rampant selling and trading of asthma inhalers and Ritalin among grade school students – so ubiquitous as to escape even the most vigilant schoolyard monitors.

As stated in a July Substance Abuse & Mental Health Services Association (SAMHSA) press release, “More than $32.8 million in grants have been awarded to 18 states and the District of Columbia as part of a joint effort by the U.S. Departments of Education, Health and Human Services, and Justice to support schools in creating safer and healthier learning environments(…) the highly competitive Safe schools/Healthy Students initiative attracted 422 grant applications.”

Drug theft, prescription fraud and purchasing via the Internet are major contributors to the ever-increasing drug abuse recorded today. Anyone looking to gain immediate access to information and order online can go to a variety of pill identification websites, just by doing a search using the keyword ‘drug’. How can we expect to resolve this issue if these sites exist, in a Web 2.0 world dominated by kids more technologically adept than the previous generation?

Moreover, why is it necessary to pilfer drugs on television as blatantly as we do if the advertising is supposedly directed at physicians? Can’t we just put them on a private, direct mailing list instead? The problem lies within our tolerance of the trickle-up industry and the subsequent black market it creates. By giving television viewers at home the information to inform their doctor of what medication they think might be best suited to treating their illnesses, we are empowering the wrong people, resulting in the abuse of the system.

Fact: In 2007, Pfizer earned $48.4 billion in revenues and invested a mere $8.1 billion in research and development. Last year, the amount invested reduced to $7.9 billion but revenues are consistently growing.

Fact: A 60 mg tablet of OxyContin (or similar slow-release morphine), while no more than a dollar by prescription, has a street value of approximately $25. A bottle of Dilaudid costing less than $10 at the drug store is easily worth $400 on the street.

Pfizer recently announced the launch of a free medication campaign for the newly unemployed. While admirable advances given these difficult economic times, one must consider the adverse effects programs like these could elicit. For some, unemployment can lead to desperate action: feigning further disability or illness due to increased stress levels associated with job loss, and the illegal sale of supplemental meds prescribed or purchased online legally, is an imminent and plausible reality that the American pubic should urge the FDA to investigate.

The generic-brand industry is also steadily rising, with drugs costing sometimes 85% less to the consumer than name-brand versions. This is of increasing concern because the less it costs to purchase prescription meds, the bigger ‘discounts’ drug dealers can offer, all the while making a bigger profit. This trend can invariably lead to a worse dependency than that which already exists among those who can afford them, but now even among those who previously could not. After all, it isn’t just Hollywood who is addicted.

Perhaps if more severe advertising legislation had been established long ago, fallen celebrities such as Heath Ledger, Anna Nicole Smith, Marilyn Monroe, Judy Garland and Elvis Presley would have had something else to turn to in their rapid decline, instead of prescribed psychotropic medications. But long gone are the days of the Surgeon General promoting cigarette smoking to a family audience through the, then, brand new and exciting media of television. You’d think we would have learned from our mistakes. You’d think we’d know better by now. So why are we doing the same thing with a product just as harmful and addictive? While prescription medications may prove to be angels to some, the demons are always lurking just around the corner.

The 2009 Edition of the National Conference on Health Communication, Marketing and Media will be held at the Omni Hotel in downtown Atlanta, Georgia August 11 – 13. Up for discussion: new marketing techniques and recent research findings on drug prevention and mental health. For more information, go to the Centers for Disease Control (CDC) website.