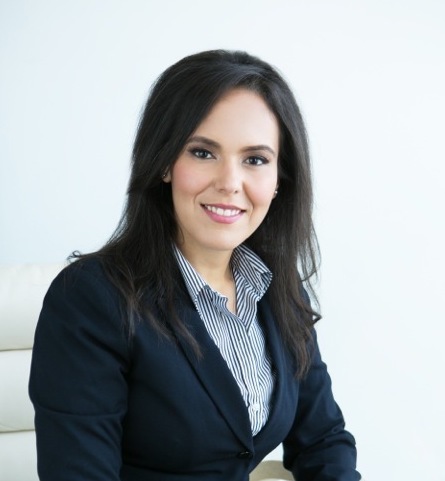 When it comes to innovation and invention, one of the most influential and inspiring entrepreneurs in the life sciences industry is Leen Kawas. Dr. Kawas has launched life science-focused companies and gone on to invent potentially impactful drug therapies in the realm of Alzheimer’s and other neurodegenerative diseases.

What’s more, she has managed to start and raise a family of her own while managing her career endeavors. Recently, Dr. Kawas was interviewed by Venture Capital Post regarding her career success and ability to scale a life sciences company from scratch.

Starting her journey as a pharmacist, she pursued additional education at Washington State University where she became a research associate. Following her work and research at WSU, Kawas went on to found Athira Pharma, where she debuted her research in the form of ATH-1017, a compound designed to help treat neurological conditions including Alzheimer’s disease.

Athira Pharma went on to become a public company and one of the few women corporations in the state of Washington to do so.

Commenting on what it is like to start out a business on your own, Kawas shared that “your initial idea is the very genesis of what will hopefully be a very successful endeavor, so it has to be focused and actionable.” Kawas herself has applied this philosophy to the founding of Athira as well as her most current work as the co-founder and General Managing Partner of Propel Bio Partners, an equity investment firm.

Her latest endeavor is focused on providing funding and expert guidance to up-and-coming companies in the biotech and life sciences fields, seeking to help fuel growth and reduce time to market for potentially life-changing solutions.

Kawas balances all of these career goals and aspirations while being passionate about raising a family and the opportunity that entrepreneurs have to do both if they so desire. Raising two children alongside her husband, Kawas believes that pursuing her career has also improved her ability to parent, and, in turn, that parenting has helped her become a better leader and communicator in the workforce.

In that regard, Leen Kawas has also been a trailblazer for women throughout the life sciences industry who look to her for inspiration as she has managed a family and launched successful businesses.

When it comes to starting a firm from scratch, Kawas cites the importance of expertise not just in a specific industry but also in business acumen as being critical for success.

To this end, she explained that “you need expertise in regulatory, manufacturing, supply chains, medical, finance, and corporate development. Most entrepreneurs, especially first-timers, won’t have the expertise, so they need to build a trusted group of advisors that are domain experts.”

No stranger to the importance of funding, Dr. Kawas also noted how difficult yet vital this step of the process truly is. Regarding funding, Kawas explained that “entrepreneurs need to understand that often when investors say ‘No’ it really means ‘Not now, and that could change.

Most of the time when venture capital investors pass, it’s not because of you or your idea, it’s just timing and other priorities.”

In the end, making an impact is all about having a cause and a business model that you believe in firmly and execute on to the scale. Kawas warns that individuals looking for personal gain can expect to have less of an impact than those who are focused on a mission that goes beyond their own needs.

“A mission-driven culture is critical for a biotech company to be successful,” shared Kawas. Her own inspiration came from the experience of watching her mother and grandmother suffer from and eventually succumb to diseases for which there was not adequate treatment at the time. This led Kawas to pursue a career in the life sciences, leading to her obtaining a doctorate in molecular pharmacology.

Creating a balance of long-term and immediate goals is also critical to helping a business be successful in the long run. Kawas equated the experience to running a marathon with sprint stages, requiring “extreme focus on the immediate goals while having long-term resilience to achieve the bigger vision.

The positive impact of the work is what makes it worthwhile.” In her own business, Kawas was able to create a vision for a future for their therapeutics while also keeping the focus on the outcomes they were seeking to improve.

Confidence also goes a long way in helping entrepreneurs reach their goals. Leen Kawas had her own goals in mind from the time of her research work at Washington State University and was able to create a roadmap for success based on a blend of planning and confidence in her ideas and innovation.

While it might not be simple or easy to disrupt a market or effect massive change in an industry, Kawas noted that entrepreneurs can still make an impact if they remain confident and dedicated to their work and their cause.

“Always act with the mindset that your idea will succeed,” explained Kawas, “because this will drive you to create ambitious milestones to launch a viable, sustainable innovation.”