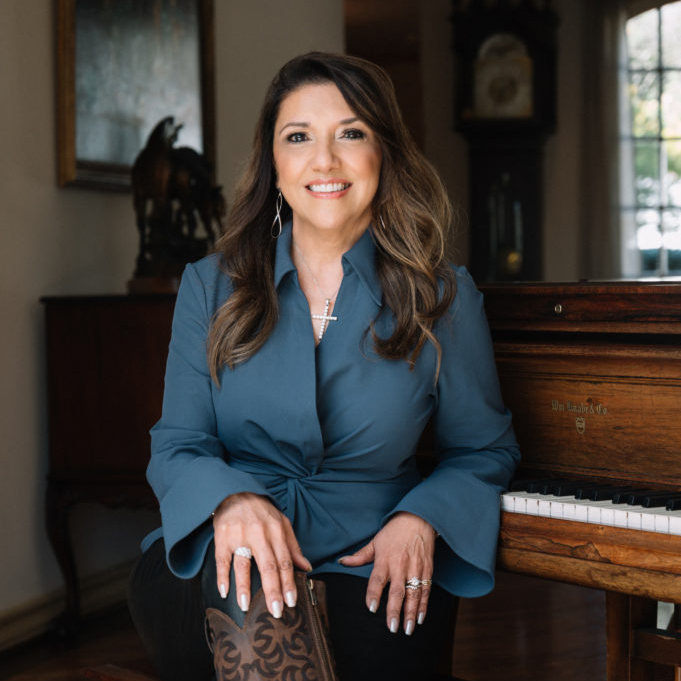 “I am truly humbled and honored by this amazing recognition,” Rhodes said. “It is an absolute reflection of our great products and the great team that surrounds me.”

Each year, the SABJ recognizes accomplished professional women who have distinguished themselves through leadership and mentorship. On Aug. 26, 2021, the SABJ honored 15 exemplary women during its Women’s Leadership Awards luncheon.

The SABJ’s Woman of the Year award was the highlight. Rhodes received the honor for growing the company while overcoming multiple pandemic-related challenges.

Rhodes’ Career Prior to Knight Aerospace

Rhodes’ earned a Bachelor of Business Administration in finance from the University of Texas at Austin in 1981. Next, she worked in the commercial banking and computer leasing sectors for several years. She would parlay that experience into two chief financial officer titles.

During the early 1990s, Rhodes took a hiatus from the corporate world to raise her young children. However, she says she missed the rewards inherent in helping companies navigate their complex business challenges. This realization spurred her to create a successful corporate consulting business. She stepped back into the business world after her youngest son’s high school graduation.

In 2014, Rhodes was named president of Knight Aerospace Medical Systems, LLC (KAMS). Rhodes’ company specialized in manufacturing roll-on/roll-off medical transport modules. These stand-alone medical support units are designed for revolutionizing the evacuation of injured or seriously ill patients in far-flung locations. She saw the clunky standards in the industry and identified new possibilities.

Rhodes brings her earlier professional experiences working on a medical device manufacturer’s administrative team to KAMS. She also served on the board of a San Antonio-based medical evacuation firm. Her peers note that her medevac industry connections and ability to recruit specialized experts have contributed to her success.

How Knight Aerospace Found Its Niche

Over 200 United States-based companies play a role in the aerospace industry. Aircraft manufacturers, parts and equipment suppliers, and software providers are behind each contract’s completion.

However, San Antonio-based Knight Aerospace has carved out a distinctive niche in this high-technology arena. Today, Rhodes’ firm focuses primarily on medical module manufacturing. The Ebola outbreak, and then the COVID-19 pandemic proved that Rhodes made the correct decision.

The company also makes self-contained modules for dignitaries’ transport. Both modules are configured for use on C-130, C-17, or other cargo aircraft. Knight Aerospace is also working with Collins Aerospace on a new air-transportable galley/lavatory system (ATGL). This military-specific equipment will replace nearly obsolete operating systems.

While Rhodes monitors production schedules and logistics, she keeps the medical modules’ all-important purpose in mind. “This will revolutionize how we transport people. This is super important. It’s how our customers are transporting COVID patients,” she says.

“What I always say to someone is, ‘If this was your son or daughter in the military, how would you want them transported? If this was your son-in-law that was being transferred from Germany to the U.S. on the back of a cargo aircraft?’ Build this like it matters like you would want your own family to be treated.

“When you start with that kind of standard, people really care, and it shows as a product. Our products are super high quality, very well designed, and I think [they] just reflect that extra care that we put into everything we do every day,” Rhodes concludes.

What’s Ahead for Knight Aerospace

Bianca Rhodes says she plans to scale Knight’s modules so more patients can be transported safely, securely, and more comfortably than ever.

“I’m very excited to bring this solution to the world. It’s horrible to think about — that (COVID-19) could become something that rears its ugly head from time to time — but it’s nice to know that we can safely and comfortably move people and not harm the aircraft or aircrew. I love being part of that. This is a revolutionary solution and the best quality solution that anybody could come up with.

“We have so many other ideas about things that we could do to leverage the cargo aircraft or to fill other capability gaps that we’re working on, so I think that we will move higher and higher on the spectrum of technology,” she concludes.

What’s Next for Rhodes?

“When I became CEO, the company only had one woman: the receptionist,” she reflects. “Now about 25% of our company is represented by women. We have engineers, aerospace mechanics, managers, and various levels of administrators. And every one of them is awesome.”