SeaWorld Announces Two Additions to Board of Directors 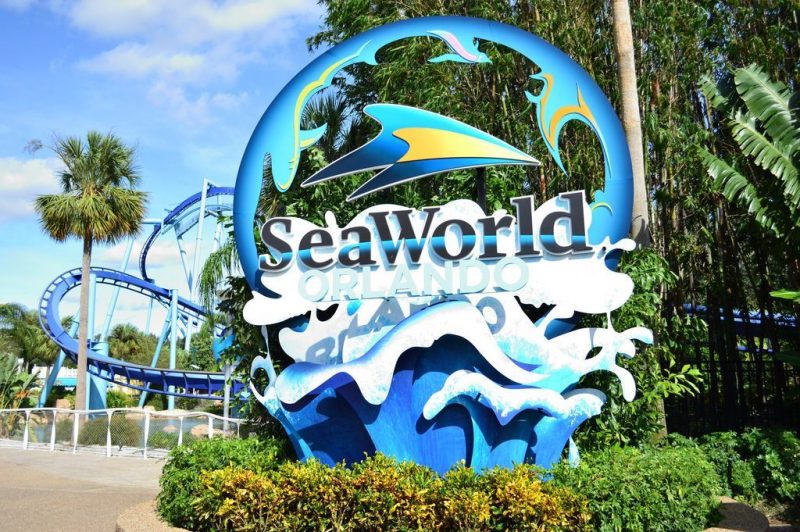 Leading theme park and entertainment company, SeaWorld Entertainment, made a landmark announcement on December 10th. The company will be expanding its Board of Directors to welcome both Timothy Hartnett and Kimberly Schaefer. The two new appointments take the Board of Directors from eight members to ten, and are effective immediately.

“We are pleased to welcome Tim and Kim to the Company’s Board. Tim brings significant experience working with companies across industry sectors and brings unique skills, particularly in finance and accounting,” said Scott Ross, Managing Partner and Founder of Hill Path Capital and SeaWorld’s Chairman of the Board of Directors.

“Kim has significant experience in the leisure, hospitality, and entertainment sectors and brings unique skills, particularly in operations and marketing. We are very fortunate to have Tim and Kim on our Board and look forward to their contributions.”

The two experienced and high-profile professionals have joined the leading team already serving on the SeaWorld Entertainment Board of Directors. Bringing with them a wealth of sector-specific experience and savvy skills, Timothy Hartnett and Kimberly Schaefer will bolster the existing Board of Directors and help drive the business forward in the coming year.

Current SeaWorld Members of the Board

Prior to the two latest appointments to the SeaWorld Board of Directors, the team consisted of eight accomplished professionals. Each of these leaders has a unique skill-set and a wealth of intelligent industry knowledge. This remarkable combination ensures the future success of the leading entertainment company. Let’s take a look at each of the members, their experience, and their talent set.

Ronald Bension joined SeaWorld as a Director in April 2016. He has previously held prestigious roles, including being the President of House of Blues Entertainment, LLC at Live Nation Entertainment, Inc. since November 2010. He has also served as Chief Executive Officer of TicketsNow.com, Inc. Mr. Bension holds a Bachelor of Science degree in Criminal Justice from California State University, Los Angeles.

James P. Chambers became a Partner at Hill Path Capital in 2016. Previously, he was a Principal at Apollo Management between 2009 and 2016. During his time in this appointment, he worked on a variety of transactions across a wide sector of industries. He has worked for the Consumer Retail Group in the Investment Banking Division of Goldman Sachs & Co. Mr. Chambers holds a Bachelor of Arts degree in Political Science and a Certificate in Markets and Management from Duke University.

William Gray joined SeaWorld Entertainment as a Director in 2014. He is also the Co-Founder and Executive Director of Hulls Highway Consulting, and a Senior Advisor to The Blackstone Group LP. Before this appointment, Mr. Gray served as a Co-Chief Executive Officer and Vice Chairman of Ogilvy North America of Ogilvy & Mather Worldwide. He has also held the title of the President of Ogilvy Mather Advertising New York. Mr. Gray holds an M.B.A from the University of Virginia’s Darden School and a Bachelor of Arts degree from Harvard College.

Charles Koppelman joined the SeaWorld Board of Directors in 2019. In addition to this appointment, he serves as the Chairman and Chief Executive Officer of CAK Entertainment, Inc., a brand development firm that he founded in the late 1990s. He also serves on the Board of Directors of Las Vegas Sands Corp. and previously served on the Board for Six Flags Entertainment Corporation, Martha Stewart Living Omnimedia, Inc., and Steve Madden, Ltd.

“I am very pleased to welcome Charles Koppelman to our Board. Charles brings tremendous experience and expertise in building, managing, and growing global brands in the consumer, leisure, and entertainment sectors. We are fortunate to have Charles on our Board, and I am looking forward to the significant contributions I’m confident he will make over the coming months and years,” said SeaWorld Board Chairman Scott Ross, at the time of Koppelman’s appointment.

Yoshikazu Maruyama joined as a Director of SeaWorld Entertainment in 2017 and served as the Chairman of the SeaWorld Board of Directors from October 2017 to July 2019. Mr. Maruyama is the CEO of a sports experiences venture. He previously served as Global Head of Location Based Entertainment for DreamWorks Animation SKG. Over the years, he has held multiple positions at Universal Parks and Resorts. Mr. Maruyama also has a Bachelor of Science degree in Operations Research from Columbia University in New York.

Thomas E. Moloney joined as a Director of SeaWorld Entertainment in 2015. He has served as the interim Chief Financial Officer of MSC—Medical Services Company from December 2007 to March 2008. He held the post of Senior Executive Vice President and Chief Financial Officer of John Hancock Financial Services, Inc. between 1992 and 2004. He also serves on the Board of Directors of Genworth Financial, Inc. (NYSE), Nashoba Learning Group, and the Boston Children’s Museum (past Chairperson), which are non-profit organizations. Mr. Moloney holds a Bachelor of Arts degree in Accounting from Bentley University and an Executive Masters Professional Director Certification from the Corporate Directors Group.

Joining the SeaWorld Entertainment Board in 2019, Neha Jogani Narang is a leading business and consumer marketing expert. Over the years, she has been at the helm of marketing strategies for brands in the commerce, payments, social, advertising, and education sectors, among others. She was previously the Director of Consumer Product Marketing and Global Developer Marketing for Facebook. Ms. Narang holds an M.B.A from Stanford University’s Graduate School of Business and an undergraduate degree from the University of Southern California.

Scott Ross, SeaWorld Chairman of the Board of Directors

Scott Ross is the Managing Partner and Founder of Hill Path Capital, the majority owner of SeaWorld. Mr. Ross was previously a Partner at Apollo Management, where he was responsible for private equity and debt investments in the lodging, entertainment, consumer, and business services sectors.

Mr. Ross currently serves as the Chairman of the Board of Directors of SeaWorld Entertainment, Inc.  He has previously served on a variety of Executive Boards, including Diamond Eagle Acquisition Corp., Great Wolf Resorts, Inc., EVERTEC, Inc., and CEC Entertainment, Inc.

“SeaWorld Entertainment owns and operates a diverse portfolio of high quality, differentiated and irreplaceable entertainment assets with tremendous long-term potential.  I have great respect for the SeaWorld Board and management team and I look forward to working closely with them to drive increased value for all shareholders,” Mr. Ross said when he was appointed as the SeaWorld Chairman of the Board of Directors in July 2019.

The first new appointment to the SeaWorld Entertainment Board of Directors is Tim Hartnett. He has previously served as Chief Executive Officer of New Roc Management. He is also the Chief Executive Officer of White Fall Advisors, an appointment he’s held since 2016. Previously, he held various roles at PricewaterhouseCoopers during his tenure from 1988 to 2013. Mr. Hartnett holds a Bachelor of Arts degree in Accounting from Boston College, an M.B.A. in Finance from Columbia Business School, and is a Certified Public Accountant.

Kimberly Schaefer is the second new appointment to the SeaWorld Entertainment Board of Directors. She previously served as the President of Two Bit Circus, Inc., a start-up based around social interactions utilizing tech and gaming. She also served as the Chief Executive Officer and a Director of Great Wolf Resorts, Inc. between 2009 and 2015. Additionally, she is on the Board of Hall of Fame Resort & Entertainment Company (NASDAQ), and has served on the Board of Education Realty Trust (NYSE) between 2016 and 2018. Mrs. Schaefer holds a Bachelor of Arts degree in Accounting from Edgewood College, and is a Certified Public Accountant.

SeaWorld Entertainment, Inc. is a theme park and entertainment company that simultaneously boasts inspiring experiences and encourages guests to protect animals and the wild wonders of our world. As a global leader in animal welfare, the company is renowned for its remarkable work. SeaWorld collectively cares for one of the world’s largest zoological collections and supports the care of animals.

Over the years, the SeaWorld rescue team has helped more than 37,000 animals in need.  Since the company was launched over 60 years ago, the Founders have created a diversified portfolio of 12 destination and regional theme parks, grouped in key markets across the United States. The company’s theme parks feature a variety of rides, shows, and additional attractions with broad appeal.

Celebrating the Beginning of Summer at the Strawberry Fest

Sharing with our community about the who we are, what we do, and upcoming events at the Stoney Creek Strawberry Fest STONEY CREEK, Ontario – GFA