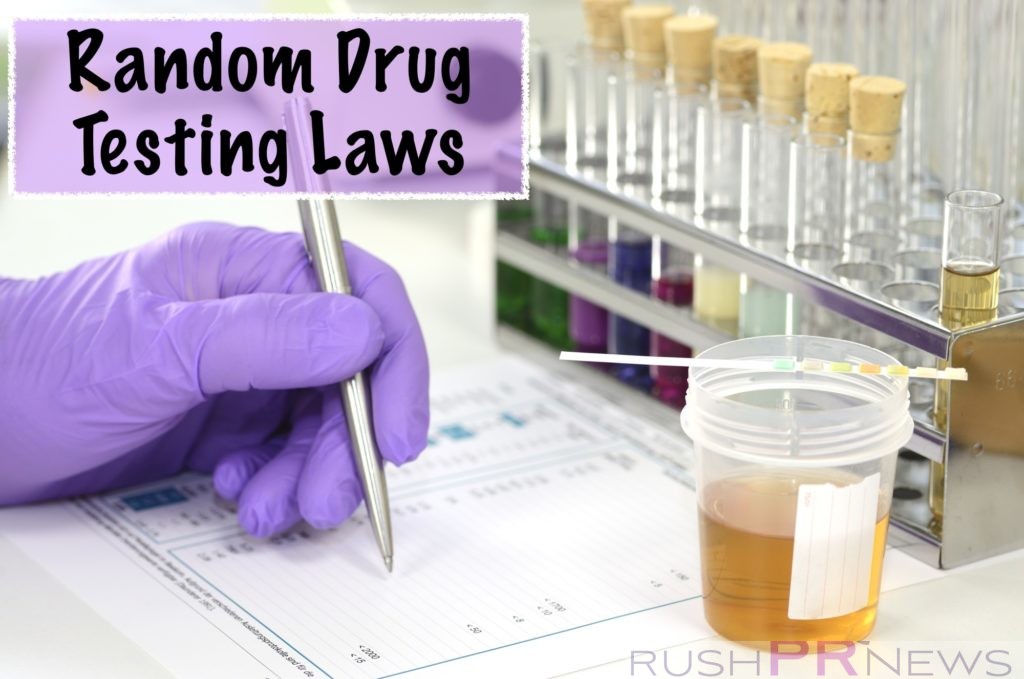 Positive drug tests are at their highest in a decade. As such, workplace drug testing is more common practice. Knowing your rights under random drug testing laws is important.

But drug testing laws are a complex matter. They’re made complicated by the intersection of governments involved. And changing drug laws regarding medical and recreational marijuana also complicate them.

If your workplace has a drug testing policy, keep reading and make sure that they’re following the rules.

There is no federal law that requires employers to drug test their employees. However, some safety-sensitive industries (i.e. hospitals, the transportation sector, and schools), federal contractors, and grantees are required to conduct drug tests on employees.

These random drug testing laws are governed by the Drug-Free Workplace Act of 1988. Under this legislation, some employers must actively prevent, dissuade, and punish drug use in the workplace.

Outside of that piece of federal law, the federal government also has legislation to protect workers’ rights. These laws provide protection against the misuse or abuse of drug testing policies. Some of the most important of these federal laws are outlined in:

Random drug testing laws, therefore, fall under the jurisdiction of state and municipal law. State and local governments create the rules, standards, and procedures for drug testing. Your employer is compelled to follow the laws of your specific state in order to prevent discrimination and inaccurate sampling.

Why Do Employers Drug Test?

Drug testing is not mandatory under either federal, state, or municipal law, with the exceptions that we’ve already discussed. In practice, though, drug testing employees is becoming more common practice in the general workforce.

Employers use drug testing as a way to protect their organization from the consequences of substance abuse. They may screen employees prior to hiring as well as throughout the employment period. Pre employment testing is becoming increasingly common, along with companies using the more intensive 12 panel drug test to cover a broader range of drugs rather than a 5 panel test.

If an employee is involved in an accident, employers are typically allowed to test for drug use. This is especially true is the accident could have been caused by drug use or if the employee in question looked to be under the influence at the time of the accident.

Depending on the state in which you live, your employer may not be allowed to test all employees in “blanket” drug tests. Instead, they can conduct tests on individuals that they suspect to be abusing drugs. This is usually the case where the job involves high risks of injury or damage.

Other general rules for random drug testing involve the equal treatment of all employees in drug testing procedures and processes. The tests must also be administered and deciphered by state-certified laboratories.

In the case that you agreed to drug testing during the application process, you don’t have many ways to challenge a drug test when it occurs. If you refuse to take your drug test, you may face consequences up to and including losing your job.

However, if you feel that you were drug tested unfairly, you may have a case. If you can demonstrate that you were treated differently than other employees in the same situation, your employer may be guilty of discrimination.

Another way in which you may be able to challenge random drug testing laws is if your employer doesn’t offer counseling and outreach. Some states require that workplaces provide one or both of these programs prior to testing employees. Check your state laws to see if this is required and, if so, you may have recourse.

Employers are also required to meet very strict requirements for collecting, handling, and testing of specimens. You might argue that your employer didn’t meet those requirements. Before you do so, ensure you know your state laws and how your drug test was handled.

Finally, in the context of the legalization of medical and recreational marijuana, random drug testing laws have become even more complicated. As more states move to legalize cannabis use for both recreational and medical purposes, employers face the challenge of redefining their workplace drug policy.

Depending on what state you live, the consequences for testing positive for marijuana vary greatly and are changing rapidly. If you use medical or recreational marijuana, it’s imperative that you know your state laws and your employer’s drug policy inside and out.

Regardless of their reasons for choosing to drug test, workplace drug policies must follow random drug testing laws as outlined by their state and municipal laws. Failure to do so leaves room for discrimination, issues of policy guidelines, as well as inaccurate results.

For more lifestyle advice and news, be sure to check out our archives.