Ballots, Polls, & Elections: The Top Political Slogans that Can Help You Win 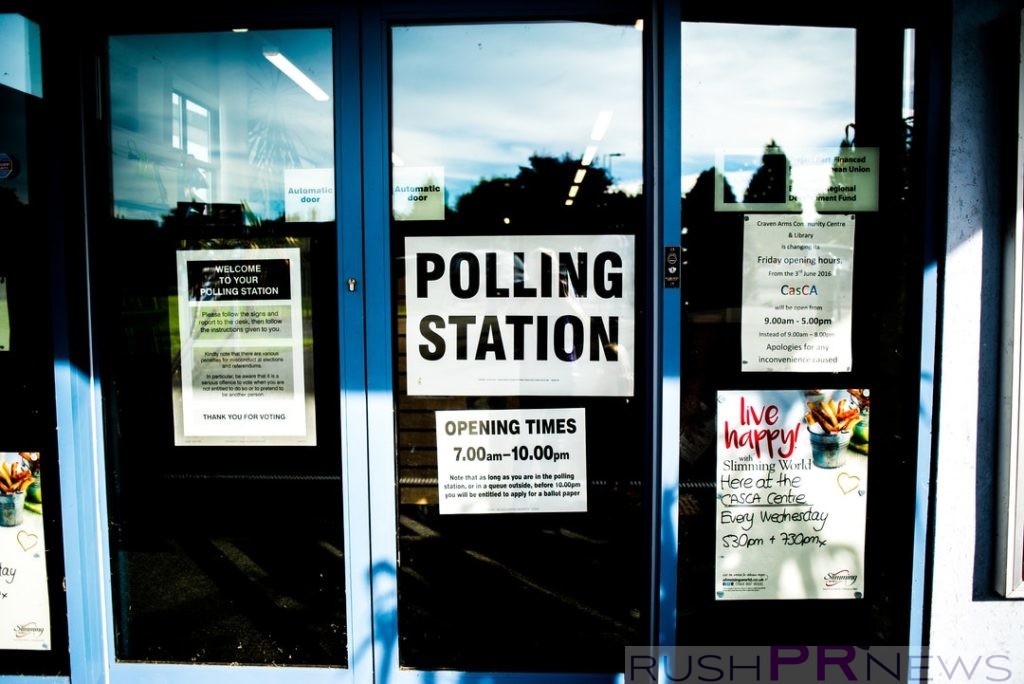 A slogan is more than a few words slung together that people can chant at rallies.

It’s truly the heart of the campaign. Twenty years later, when no one remembers what each candidate’s platforms were, they’ll remember the slogan.

Each candidate needs to pick political slogans that are essentially the opposite of the others. For example, Hillary Clinton’s slogan “stronger together” was theoretically opposite.

She was saying America is strong how it is, while Donald Trump’s campaign slogan “Make America Great Again” was about returning to previous times values.

That may be why their campaigns were some of the most decisive in history (or it was the barrage of legal issues between the two).

But opposing ideas aren’t the only thing that makes a political slogan great.

They’re way more complicated than that. Here are some other important components.

Your slogan can be well thought out but if it doesn’t invoke emotion then it’s useless. Since it’s the most recent campaign, we’ll use the 2016 presidential race for examples during this article.

Objectively, Hillary was trying to capture the emotion of hope and restlessness many women feel in the workplace. The “glass ceiling” refers to how sometimes women just can’t get any higher, no matter what they do.

Her other slogan “I’m with her” was written to mobilize women and make them feel capable of crashing “that final glass ceiling”. As Hillary said in her democratic convention acceptance speech.

On the other hand, Donald Trump wasn’t trying to encourage people to feel hope. He was looking to invoke nostalgia and some would say fear.

The thought that “the past was a better time” is strong. It’s an emotion that can make us remember things fondly that we wouldn’t have described as such at the time.

Hence the again in “Make America Great Again”. Some would say it was a decisive choice, but he won the presidency, so it seemed to have worked.

When you’re writing a campaign slogan you have two main choices when it comes to invoking emotions. Fear or Love (some say hope). Both are equally powerful and unmatched by any sentiments.

When knowing what to choose, you have to take a look at the party you’re appealing to. There was a study that found that people who identify as Republicans react to fear quicker and more intensely than those who identify as liberal.

But if you do choose to use fear, beware. It needs to be masked well. If you make your slogan “If you don’t vote for me, we’re all going to die” that won’t go over well.

You want to make the American people feel something without telling them what to feel.

It’s a delicate balance, which is why we’re breaking down some historical examples of good slogans along with potential future ones below.

The Best Slogans in History

Whatever you think of the 2016 presidential election, let’s take a break from those slogans for the moment. Let’s look back at some of the first presidential slogans that we still remember today.

Some of these are strange to us now, but they made sense at the time. Let’s start with Abe.

We all remember Abraham Lincoln as the president who abolished slavery, which is decidedly a good thing. The fact that it took so many years to do so as a country will live on forever.

But at the time, it wasn’t so decidedly positive. It divided the country, quite literally.

The south truly believed in their convictions that slaves were lesser people, but there were less emotional reasons they fought. They didn’t want to lose their free workers and were worried about economic consequences.

Compare that to the North’s mission to free people and pay them for their work. It was a divisive time.

So what happened when Abraham Lincoln’s reelection came up in the middle of the war? He went with a practical slogan that he thought would appeal to both sides.

“Don’t change horses in midstream” was his final choice.

Though we don’t travel by horses any longer – it makes sense. You’re not going to get in the deepest part of the journey and add another horse to the running – quite literally.

The slogan didn’t invoke as much emotionality as more recent slogans do, but it did the job. He was re-elected and went on to be one of the most memorable presidents in history.

You’d be hard pressed to find any list of good policial slogans without Eisenhower’s on it. It was short, easy to remember, and lightly emotional.

Just what they needed at the time. “I like Ike” was easy to put on buttons, banners, and to repeat at rallies. To learn more about political buttons, read more here.

Some say that Hillary Clinton aimed to borrow some of the success from this three-word slogan. “I like Ike” and “I’m with her” are both structurally and emotionally similar.

The emotionality they invoke? A sense of individualism and opportunity to feel a part of something larger.

Hillary Clinton’s slogan wasn’t the only one to pull inspiration from history. “Make America Great Again” wasn’t a new idea. In fact, it’s only a few words away from Reagan’s slogan for the presidency in 1980.

“Let’s Make America Great Again” was Reagan’s political rallying cry. If it’s not broken, don’t fix it, right? We’ve already talked about how strong the pull of nostalgia is with the American People.

However -we think this one is a little used up for now. Let’s keep it filed away in the history books for a little while.

What should you use instead? Get some slogan ideas below.

Your Next Political Slogan

Let’s review the aspects that make up great political slogans.

One, it needs to be noticeably different than your opponent’s. Two, it needs to invoke some sort of emotion. Fear or love/hope are two of the strongest.

And finally, it needs to be catchy. Try to stick to one sentence or less. If a five-year-old can remember it – you’re golden.

It also needs to make sense with your platform. Be very honest with yourself or your team when you’re brainstorming. If you’re worried about a certain story coming out – then the slogan “I have nothing to hide” isn’t the right choice.

Instead, someone in that situation could capitalize on how they’re a regular person, to make people feel like they can relate. Think about the “Joe the Plumber” trope from the 2008 election.

Joe was a blue collar worker. He paid taxes, he was just like you!

You don’t have to be a plumber – but do think about how your slogan will hold up against any potential questions of character.

With those thoughts floating around in your mind, let’s look at some slogan concepts that could work. You’ll need to put a personalized spin on them – but the structure and intention are there.

Few things pull on American heartstrings like a veteran. Who deserves to represent their country more than someone that fought for it?

Example 2: “A Fresh Face for a Fresh Start”

We saw a little bit of this sentiment in Donald Trump’s campaign when he kept telling us he wasn’t a politician.

If you don’t have the same amount of experience as your colleague, depending on their history, that could be an asset. A new perspective encourages people to feel hope.

Example 3: “It’s the Season for a Seasoned Leader”

On the other hand, if you have lots of experience, then you can base your campaign off of that. It shows you believe in yourself and stand behind the work you’ve already done.

This slogan pulls on the inspiration of Abe Lincoln. You wouldn’t change horses midstream, it just doesn’t make sense.

You want to do something that makes sense, right? That’s the right solution.

Simple, fear-invoking and motivating. This one pulls on a few strings and would be traditionally pandered to the right political party.

But in a decisive political time, we could see it working for either party.

Example 6: “Back to Basics”

Want a way to use that nostalgic power that we spoke about with the Trump and Reagan campaigns? You can still achieve it without using the same words.

After reading this article, we hope you have many ideas swirling around your head. Creating political slogans is deceptively complicated.

It seems like a few well thought out words, but it’s so much more. Take your time and test out a few ideas before you print one up.

You can’t change slogans midstream. Want to stay up to date on political news while you run your campaign? Do so here.