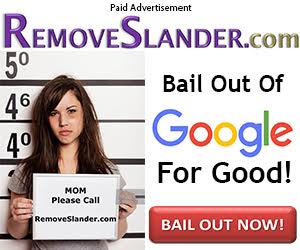 Tampa, Fla – RemoveSlander.com has just issued its annual review of the mugshot industry which serves as an update of the total number of active websites that publish arrest files. This annual audit is done to distinguish the active websites from the ghost sites and then have the inactive sites deleted upon request from consumers. RemoveSlander.com was first to offer mugshot removal services and the Reputation Management firm is also the inventor of the keyword Mugshot Removal Service.

The mugshot posting business has declined in the last 12 months due to the lack of accessible public mugshots that are posted online by Sheriff’s Departments across the country. Ever since  it was made clear that law enforcement and State legislators were caught completely off guard by the “Mugshot Loophole” that has resulted in millions mugshots landing in the hands opportunistic For-Profit websites owner who are no cashing in on Public Records, at least 2/3 of the websites are no longer active.

Discovering that a mugshot photo on the first page of your search results can be a very humiliating experience, but it you are a working professional, then it can also cost you valuable financial opportunities. Due to the rapid internet upload of public records in states like Texas and Florida, many working professionals arrested for driving under the influence (DUI) are discovering that a day they would rather forget is now living in infamy in search engines like Google. How did it come to this?

The first source of the Mugshot Problem lies in a little unknown but very powerful law called the Communications Decency Act of 1994. This law passed under the Clinton Administration and gave websites protection from content posted by a third party, thus shielding them from defamation lawsuits. In essence, it means that sites like Google and Yahoo are given immunity from liable lawsuits because they simply provide the platform – and are not the originators of the content. Without the Communications Decency Act, the internet would not exist as we know it today, because the risk of monetary damages would have long since hindered its growth.

The second source of the mugshot problem lies in something called State Transparency Laws. These Transparency Laws are simply defined as state government’s obligation to share information with citizens and make that content easily accessible. The original intent of such laws was designed to hold state officials accountable, but the side effect of Transparency Laws has resulted in sensitive information like divorce decrees, bankruptcies, and booking photos from the local Sheriff’s Office landing on the first page of Google.

Once a mugshot photo has been uploaded to the internet by the arresting Sheriff’s department, it could become very difficult to remove and will remain published as long as the mugshot website is active. The other annoying issue with mugshot websites is the sheer size of their databases inadvertently gives the sites page ranking strength in Google, causing the negative links to land at the very top of search results.

According to a New York Times article mugshot removal services like RemoveSlander.com has had experience removing mugshot photos from the internet, but even they admit that the process often feels like playing whack-a-mole.

“People eager to vanish from mug-shot sites can try a mug-shot removal service, a mini-industry that has sprung up in the last two years and is nearly as opaque as the one it is intended to counter. Motto: (“Bailout of the Internet for good!”).

The CEO of RemoveSlander.com suggest that a great starting point to gather as much information about published mugshots, is to search Google and add the word ‘Mugshot’ to the end of your name. In doing so he says that Google or Yahoo will return results that best match – and give you the opportunity to get all of the mugshot links destroyed at once.The cacophony of outrage has become deafening and intense as mugshot websites victims reach out to the courts in an attempt to have their booking photos removed from Google, only to find a less than sympatric Judicial system. In some cases County Sheriffs have actually applauded the redistribution of mugshot photos taken in their correctional facilities, and have attributed the mugshot websites to their list of crime fighting resources.Such was the case of a Louisiana Sheriff in who has an active policy of posting mugshots photos regardless of the severity of the offense.Kip Judice, captain at the Lafayette Parish Sheriff’s Office in Louisiana, told ABC News that arrests and mug shots are public information for the public good, though he would not support “personally or professionally” sites that use profiling to target those who have been arrested.His sheriff’s office has posted mug shots online since 2006.”I think it arms people with more information, which is always a good thing. If that information is taken in a good common sense manner to know your neighbor has done something you may be able to do something to better protect yourself.”Tyronne Jacques author of How To Fight Google and win says that the cure for the mugshot problem is actually very simply once Police department discontinue the practice.At the exact moment the sheriff departments discontinue the practice of posting mugshots on their websites and local newspapers, this problem will go away overnight.”

If you or someone you know is having issues with mugshot photos on the first page of Google then RemoveSlander.com could provide a great deal of support and service to bring an end to the online humiliation. Simply visit RemoveSlander.com