BeyoncÃ© and Destiny’s Child Documentary Set to Premiere in Houston 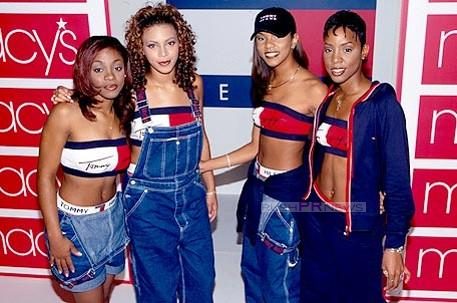 Making a Child of Destiny: The Andretta Tillman Story a new documentary about the life of the innovative manager and architect of Beyoncé and Destiny’s Child will make its world premiere in Houston, Texas November 14, 2016, at the prestigious Alamo Draft House Cinemas – The Vintage, with filmmakers and members of the cast in attendance for red carpet media interviews and a post-screening panel discussion.

Media interviews will begin at 5:45 p.m. and the screening will commence at 7:30 p.m. Following the screening, cast and filmmakers will discuss the movie – led by Gigi Githoro director/producer, Brian K. Moore producer, Armon Tillman producer and the Movie Cast members, Additional panelists will be announced as confirmed.

The documentary gives an entrancing personal account of Andretta Tillman’s life and the struggles she encountered while fulfilling the dream of her deceased husband, giving an up close look at the sacrifices, the anguishes, the obstructions, and conquests of her life that left a lasting impact on Beyoncé Knowles and the rest of Destiny’s Child.

“The Movie give full credit and a voice to the people who were the true champions in launching Beyoncé Knowles and Destiny’s Child careers, those who sacrificed some, and those who sacrificed all. Including interviews from Gospel Great Cathy Taylor, Hip Hop Super Producer Cory Mo, and for the first time Nikki and Nina Taylor, two of the original members of the group Girls Tyme that became Destiny’s Child tell their story, as well as many more artist Andretta’s life impacted.

I always thought Andretta’s Story was such a beautiful and uplifting story,  but after hearing what people and these other artists had to say about her and all she accomplished and sacrificed, while at the same time being the mother hen, grooming, feeding, and  teaching them all about the music industry for free. That is unheard of in this industry. Wow! That’s some unconditional love said Michael Ferguson of Dousic Media Group.

“We are excited to finally be bringing my mother’s story to the public,” and to offer a different perspective on the reality of the origin of Destiny’s Child while showcasing the woman who navigated their lives and careers but wasn’t able to enjoy living out the dream, said producer Armon Tillman

We also wanted to do something special on that night, which would reflect Andretta, so the only way to do that was to give back. So we name the event “Screening of a Cure for Lupus”. As we want to use this Premiere and others we will be doing across the country, to raise awareness and money for Lupus research to find a cure. No one should have to go through what my sister endured, but at the same time, I have to smile because even with all her obstacles she created the greatest girl group of all time and the biggest star in the world. (Church!!)  Explained producer Brian Moore.