Pennies for innocent families, millions for lawyers, in Stanford settlements

COViSAL, a coalition of affected families in Latin America and around the world write an objection letter to the latest agreements in Stanford’s case.

We respectfully write to you in order to express our objection to the recent agreement reached by the U.S. Receiver and his attorneys, the Official Stanford Investors Committee, and the underwriters at Lloyd’s of London. The continued delay in distribution from previous agreements has further frayed any trust the victims have in the Receiver and his attorneys. The saga drags on for thousands of families as they are forced to wait for money from the first agreements reached over six months ago.

When Stanford Financial Group was seized by the U.S. authorities in 2009, the world changed dramatically for the many Latin Americans that had invested their life savings in a promise of safety under the protective umbrella of the United States. It seemed a wise decision considering the volatile nature of many of their own governments, and it was on this principle that they were sold their certificates of deposit. They entrusted their savings to a company belonging to an American conglomerate regulated and supervised by U.S. Regulatory Agencies. However, their trust was rewarded with a betrayal that resulted in devastating loss. Families that had hope for the future are now living off charity from neighbors, people are ill and unable to pay for their medical treatments, lives are being lost because of an inability to pay for lifesaving operations. Latin American victims are the largest defrauded group; 15,270 families, representing 70.24% of depositors with more than $4 billion in losses.

Unfortunately, the sad reality is that injustice continues for people affected by Stanford’s fraud as the administration of the Receivership continues to generate fees for themselves, their attorneys, and other professionals, while negotiating paltry sums for the depositors. So far, they are the primary beneficiaries, charging millions of dollars, and dragging out the process to their own advantage. There are 75 lawsuits awaiting ruling by the court, listed in the Receiver’s and Examiner’s sixth joint advisory to the court, in cases filed by the Receiver or the Official Stanford Investors Committee (“OSIC”). According to the US Receiver Ralph Janvey, in his open letter concerning Asset Recovery Litigation dated February 14, 2014, “…These lawsuits seek to recover in excess of $680 million in total, …the claims are the single largest potential source of funds which may be recovered for the benefit of the eligible claimants…” However, despite the enormous potential for recovery, Janvey has been largely unsuccessful in retrieving this money. If the US Receiver and the Official Stanford Investors Committee’s attorneys continue to settle cases for less than half a percent of the original amounts sought, what hope do we have of receiving a meaningful recovery?

COViSAL regularly receives emails and phone calls from desperate families asking for help as they await a relevant distribution. I am enclosing the following heart-breaking letter:

“My youngest son, Luis, was diagnosed with a congenital aortic stenosis. Since he was born, we treated him at the Texas Children Hospital in Houston. We were always confident that when the time came to operate on our beloved son, we could do it at the Texas Children’s Hospital, and would pay for it with our savings deposited at Stanford. Luis was 18 years-old, and just graduated from high school. He was getting ready to start college to study veterinary medicine. Now, the operation was necessary to correct his cardiac insufficiency because he was getting tired a lot. We requested a cost estimate from the Texas Children’s Hospital for his operation. It was in the order of $250,000. Because of this, on August 25, 2011, I wrote a letter to the Joint Liquidators explaining my situation. I enclosed my son’s medical exams and the hospital’s cost estimate for the operation. The only response that I received was: ‘Dear Customer, we are very sorry to know that you are confronting that difficult situation. Unfortunately, at this juncture of the Liquidation, it is not possible to estimate the time or what amount of the funds would be available to distribute to creditors.’

In view of this response, and because my beloved son needed the operation, I decided to have it in Caracas, Venezuela. On September 27, 2011, my son had his operation. It seemed he came out perfectly from the surgery. We paid for it with the scarce funds we had, our credit cards, and the help of our family.

My family and me were so happy to see our son healthy. The world was filled with joy. Luis was very excited and optimistic about starting his college career in veterinary medicine. However, on February 23, 2012, at 6:30 p.m., Luis and his older brother went to a routine swimming practice, supervised by a trainer. Unfortunately, our son Luis died during the practice. It seems that he suffered a heart attack. We do not know exactly what happened to him. We decided against an autopsy; now for what, if they weren’t going to revive my beloved son.

I often ask myself, if we’d had our savings, deposited at Stanford International Bank, available, we could have had the operation at the Texas Children Hospital, with the cardiologists who had treated him since he was a child; maybe, my son would be alive today. However, because of the robbery committed by Allen Stanford and his directors, our beloved son Luis is no longer with us. For that reason, I hold, R. Allen Stanford, his directors and abettors, and the Joint Liquidators responsible.”

There are many more heart-breaking stories of families in Latin America and other countries suffering a great deal as a result of this horrendous ordeal. But we only see a total disregard and complete indifference to people’s pain and suffering.

The eight year anniversary of the Stanford debacle is in six months. So far, professionals managing the receivership are the sole beneficiaries receiving millions of dollars in out of court settlements – while the victims wait for pennies of economic relief in a long distribution process that takes months and even years.

Families have been waiting seven and a half years for any meaningful distribution that could alleviate their immediate needs. We only see the prolonging of the proceedings, which simply benefits the attorneys managing the receivership. Mr. Janvey is getting paid a generous $400 per hour from the victims’ stolen patrimony, and living a very comfortable life in Dallas. It is obvious that there is not a sense of urgency; his family is not in this predicament. The victims are strangers in a foreign land, far away; a fact that explains his indifference. The victims just become billable hours without the human factor to affect his conscience. Why rush to help families in need and desperation when you are guaranteed a paycheck as long as the process continues?

Something must be done on behalf of the innocent. The courts must closely examine the manner in which these class actions are being negotiated to determine whether the deal was the result of an arm’s-length process. The settlement negotiations must also involve all the right people. If members of the class have divergent interests and plaintiffs’ counsel cannot fairly represent the interests of all class members, then plaintiffs’ counsel should identify potential subclasses and appropriate representatives who can be brought into settlement discussions.

The lawyers are reaping huge fees while handing out meager benefits to the innocent depositors.

We ask the Court to demand meaningful settlements and quicker distributions for the families of this terrible fraud – a fraud that never seems to end. 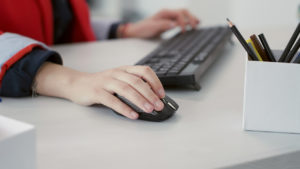