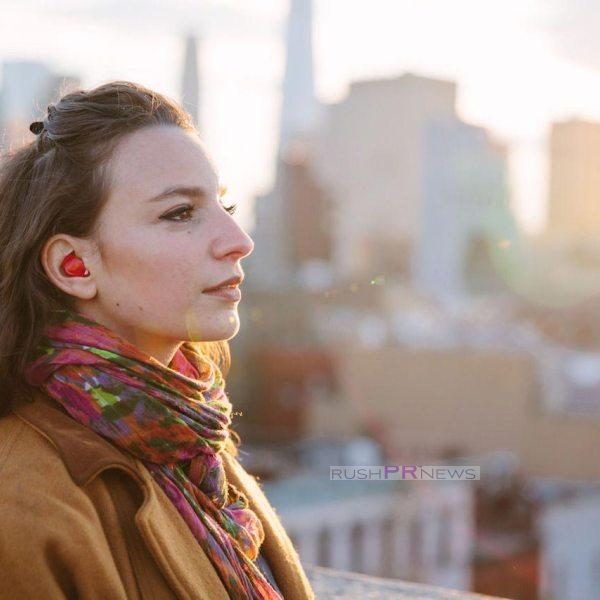 Waverly Labs’ crowdfunding campaign, which started in May 2016, aimed to raise funding for Pilot, the World’s First Smart Earpiece, which translates between users speaking different languages. Using the latest technologies in speech recognition, machine translation and the advances of wearable technology; Pilot allows wearers to speak French, Italian, Spanish, Portuguese along with English and clearly understand each other.

This revolutionary product is one of the most talked about innovations quickly integrating the industry of wearables. Waverly Labs’ crowdfunding campaign reached $1M in 2.5 hours after launch creating an unprecedented media buzz around Pilot’s promotional video, which was viewed over 45M times on Facebook within two weeks. The New York-based company has recently moved into New Lab, an interdisciplinary space located in the Brooklyn Navy Yards and dedicated to hardware startups. With over $3 million raised in crowdfunding and a strong community (13,000+ backers in Pre-sale), the company is now selecting a final manufacturing partner to begin the stages of pre-production in Shenzhen, China.

“We’re on a journey to create a World without language barriers, and our community has been extremely inspirational. They shared amazing stories and given us great examples of how they will use Pilot to speak with friends, family or anyone in their everyday lives. This is the first step in fulfilling a dream of an earpiece which translates everything around you, and we can’t wait to get Pilot into the hands and ears of everyone.” Andrew Ochoa, CEO.

Last month, Waverly Labs announced the upcoming launch of the Pilot V1 app (scheduled for release at the end of October 2016). Waverly Labs shared that launching the Pilot app before releasing the full conversational kit including the earpieces, should “allow our users to become more familiar with voice synthesis translation and prepare for the arrival of Pilot and wearable technology”. A press announcement will be made later in the month of October 2016.

Waverly Labs is a is an innovative consumer electronics company created in 2014. Waverly Labs is developing a smart earpiece at the convergence of wearable technology and speech translation called Pilot.

Pilot uses the latest technologies in speech recognition, machine translation and wearable technology to allow users to converse without language barriers. Pilot includes a second earpiece for wireless music streaming and a mobile app, which toggles between languages.

Pilot is available in pre-sale on IndieGogo at: