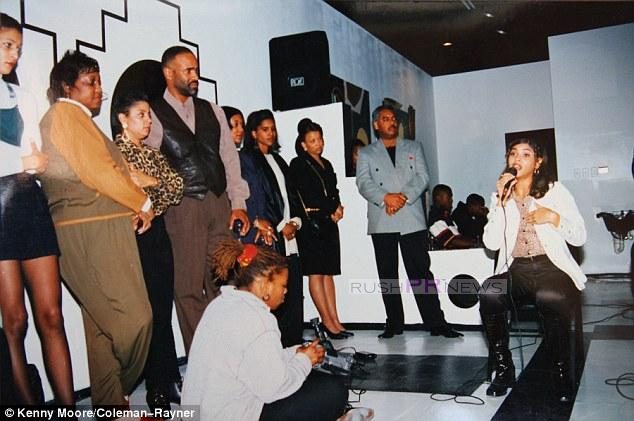 “A Child of Destiny,” The new documentary about the life of Andretta Tillman, the driving force behind Beyoncé and Destiny’s Child rise to fame completes filming.

Tillman Management Group, and The Andretta Tillman Estate in association with Dousic Film & Television, are pleased to announce that it has completed the filming of “A Child of Destiny,” the new documentary about the life of Andretta Tillman, the driving force behind Beyoncé and Destiny’s Child rise to fame and her battle with Lupus.

The Documentary is a riveting first hands account of Andretta Tillman’s struggle to fulfill the dream of her deceased husband, giving viewers and fans an up close look at the sacrifices, the heartaches, the setbacks, and triumphs of her life and her everlasting impact on Beyoncé Knowles and Destiny’s Child.

“We sought to give full credit and a voice to the people who were the true champions in launching Beyoncé Knowles and Destiny’s Child careers, those who sacrificed some, and those who sacrificed all,” remarked Michael Ferguson, Dousic Media Group head of original programming and production.

“This has been an awesome journey, bringing so many of the people my mom impacted back together, and hearing their stories. So often people have told the Beyoncé and Destiny’s Child story, and she was briefly mentioned or forgotten all together. The blessing over the past two years is that her name is back in the news again. My brother Chris and I were young when our mom was laying the foundation for Beyoncé and Destiny’s Child. Now learning firsthand what she did and how vital she was to Beyoncé and Destiny’s Child’s success, brings absolute joy to my heart.  We are very excited to finally be able to bring her story to the world, and share it with our children.” said Armon Tillman.

“Our goal was to focus on the extreme behind the scenes reality of what actually happened with the creation of Destiny’s Child and this incredible woman, instead reflecting a one-dimensional point-of-view,” Offering a different perspective on the reality of the origin of Destiny’s Child, while showcasing Andretta’s personal struggles and the impact that her death had on her family, friends and the artists she managed” remarked Gigi Githoro, Director of “A Child of Destiny”.

“After two years of working on the ‘ins and outs’ of writing the book, releasing the young adult version just this month, writing the script for the documentary and the screenplay for the upcoming movie, all the while balancing my other responsibilities and my personal life, this has been an incredible ride, that the fans of Beyoncé and Destiny’s Child will truly enjoy,” said Brian Kenny Moore Author of “The Making of a Child of Destiny”

““We also got to discuss Lupus, the disease that changed the trajectory of my life 19 years ago. This chronic inflammatory autoimmune disease can damage any part of the body and has no cure. We wanted to bring awareness as in our moms case, the immune system went haywire and did not stop attacking her skin, blood, organs, and we can’t forget all the amputations .” said Tillman

Moore, Ferguson and Armon Tillman also served as executive producers for the project. That’s is schedule for a private screening in Houston, Texas in October 2016, and set for release in November 2016.