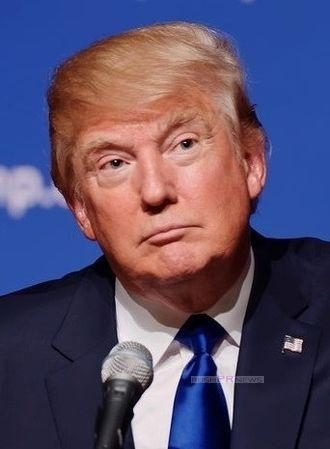 A satirical Christmas song poking fun at real estate magnate and presidential candidate Donald Trump has been designated as the new ‘National Anthem” for Panatag Shoal, a  collection of islands in the South China Sea, according to Gloria Abstemos of the East Asia Media Group.

The song, a parody of Mariah Carey’s perennial hit, is called “All I want for Christmas is for Donald Trump to Shut Up” and was penned and sung by Principe Lovely, a Filipino comedian and pop singer.  It can be found on Youtube here:

Panatag Shoal, also known as Scarborough Reef and Huangyan Island (to the Chinese), is a disputed atoll claimed by the Philippines, China, and Taiwan. Its ‘citizens’, who apparently made the anthem designation, are mostly local fishermen who shelter in the atoll’s lagoon during bad weather, according to Abstemos.

Islanders, of course, have no say in U.S. elections, but Trump is a figure of some interest in Asia due to his controversial pronouncements.

The song also manages to include a swipe at the recent Miss Universe Pageant, when Miss Colombia was mistakenly awarded the top honor before host Steve Harvey realized that the real winner was Miss Philippines.

Lovely has announced that proceeds from the song will be donated to local charities.

I don’t want to find our entire

I don’t want to see elections

Plain respect for one and all

Not pandering to the lowest

And all the mud he’s throwing

That thing on his skull is growing!

Santa won’t you bring me what I really need!

Bring intelligent civil discourse back to me!

Santa, quiet Trump and bring us

Candidates with poise and tact

Not a clown who loves inventing

for this Season’s offering

To which I aspire

all I want’s for Trump to get FIRED!