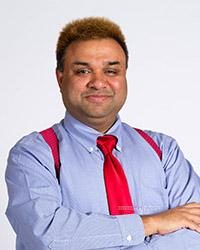 On Wednesday, December 2nd, Gotham City Networking, Inc. awarded Raj Goel, Co-Founder, and CTO of Brainlink International, as one of their Networker of the Year award winners. The award is well-respected and admired as an award that can only be won once and gains entry into the Gotham Hall of Fame.

In 2004, Gotham initiated its first annual Networker of the Year Award. Raj has been a member for over 11 years. He explained, “I joined in May 2005, and since then, I’ve joined and dropped out of almost 30 other organizations. It’s the one organization I’ve consistently stayed in as it’s brought numerous benefits to our life.”

Brainlink International is proud to receive such an honorable award that showcases our ability to work hard, be charitable, and inspire others!

Raj expressed, “I am honored and humbled that Gotham recognized me as one of the two winners. This award means a lot to me. I’m a better human being and a better adult because of Gotham. It’s mentoring, networking, social activities, charitable giving, and memorable experiences all in one.”

Co-Founders Fred Klein and Nancy Schess established the first Gotham City Networking group in January 1997 located in New York City. The group was founded to bring service-oriented professionals together for the purpose of sharing contacts, ideas, and resources.

The group was extremely successful in the first few months, and in turn, a second group was formed in October 1997 with the same parameters. Although each group has its own personality, the networking philosophy followed in each group remains the same.

Discover more about our team of IT professionals and what we do in the community and for businesses we serve. Call us at 347-460-2238 or email: raj@brainlink.com to book an introductory consultation.