Fuzion International thrilled to be a part of CFC 1 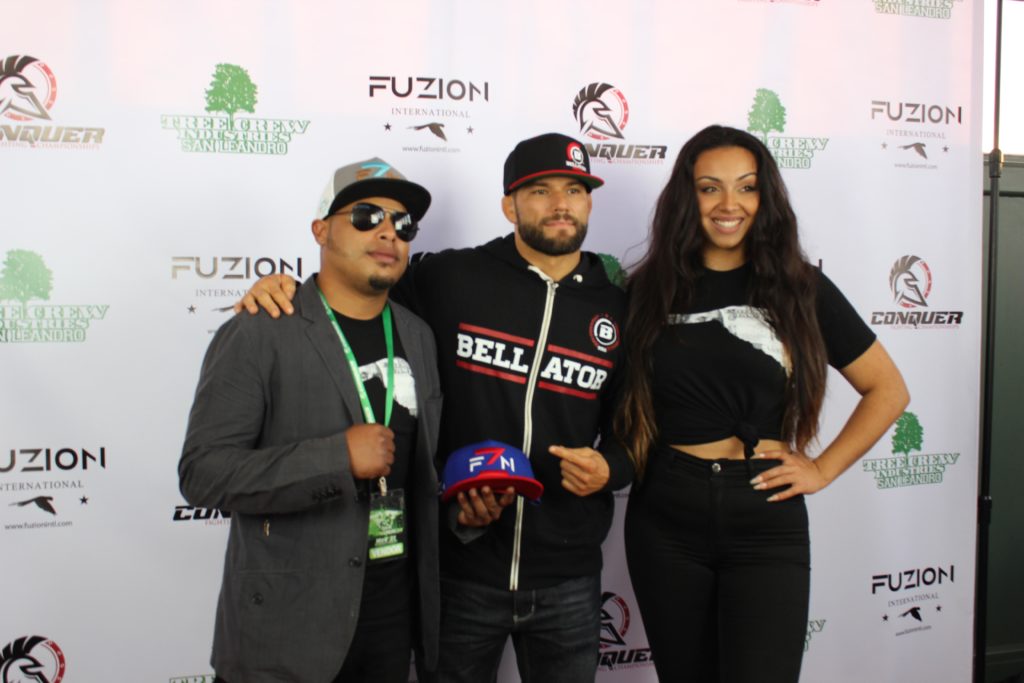 What an awesome fighting event.

Fuzion International, a San Francisco-based elevated “lifestyle brand startup” for menswear, was thrilled to be a part of the CFC 1 event hosted at the Craneway Pavilion in Richmond, CA this past Saturday.

It was great seeing everybody that could make it, including Bellator Superstar Josh Thomson, Bellator MMA organization representatives, MMAWeekly writer Mick Hammond, MMALatestNews writer Dave Madden, and platinum-selling artist Richie Rich. In total, the event brought together over a thousand attendees.

For those who were unable to make it, CFC 1 was a MMA (mixed martial arts) event featuring 15 matches put on by Conquer Fighting Championships. As one of the event’s main sponsors, Fuzion International hosted a booth where attendees were able to check out and purchase products from our new menswear collection.

Everywhere at the event, Fuzion International was out in full force. Our logo was featured prominently on the ring’s canvas and we were proud to be acknowledged multiple times by the ring announcer.

All in all, CFC 1 was an incredible event for MMA fans, and Fuzion International was happy to be a part of it. Check out our online store and follow us on social media below.

Fuzion International is a San Francisco-based elevated “lifestyle startup brand” for menswear that fuses the culture and heat of Rio de Janeiro with the diversity and youthful, positive energy of the San Francisco Bay Area. The company was launched as a vision of designer Lucas Molo, who had the goal of providing a rich, high-quality clothing line inspired by his life travels and experiences with humanism across the globe. The clothing of Fuzion International incorporates quality, style and culture, focusing on what unites humanity rather than what divides us.