Alan C. Peterson plays King Minos in OLYMPUS airing now on Syfy in the US, Spike TV in the UK & Super Channel in Canada 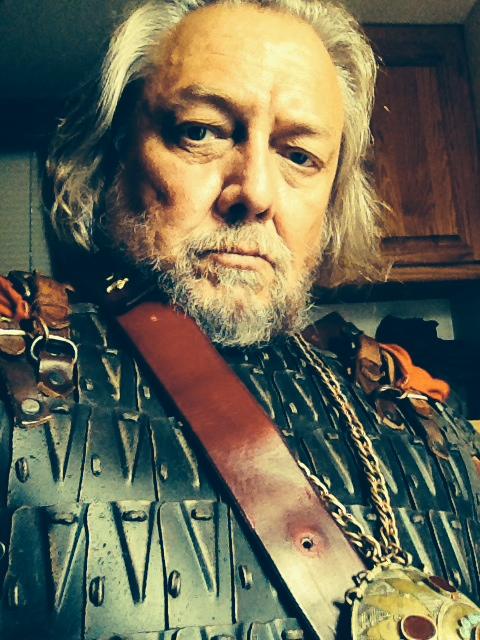 OLYMPUS, a 13-episode mythological drama set in the world of gods, humans and monsters, premiered on April 2 on Syfy in the US, Spike TV in the UK and Super Channel in Canada and made it’s UK launch on Spike TV last week. OLYMPUS tells the story of how a few brave men and women banished the Gods to the realm of the unconscious – a place they called the Underworld or the Kingdom of Hades. The series follows the protagonist Hero (Tom York, Tyrant) as he seeks the truth about his past, which may be intertwined with the Gods themselves. The series also stars Sonya Cassidy (The Paradise, Vera) as Oracle, Sonita Henry (Star Trek, The Fifth Element) as Medea, Graham Shiels (Guardians of the Galaxy, True Blood) as King Aegeus, and Matt Frewer (Orphan Black, The Knick) as Daedalus. Created by Nick Willing (Tinman, Alice, Neverland), OLYMPUS is a Canada-UK co-production.

Internationally recognized character actor Alan C. Peterson is known for his ability to disappear into the hundreds of varied roles he has played onscreen and onstage. Growing up as an actor in the impassioned and vital Estonian theater scene in Toronto, after University, Alan was inspired to go to New York City to study with two true greats, Stella Adler and Kim Stanley, and begin his professional acting career.

Alan has worked with many other pre-eminent directors, such as Antoine Fuqua in his film SHOOTER, as Officer Stanley Timmons, with Mark Wahlberg and Danny Glover, in Zack Snyder’s film SUCKERPUNCH as Big Boss, with Jon Hamm and Emily Browning, and in Sydney Furie’s film PRIDE OF LIONS, with Seymour Cassell and Louis Gossett Jr. Other films include DEFENDOR with Woody Harrelson, Joe Carnahan’s NARC with Ray Liotta and Jason Patric, and THE SAMARITAN with Samuel L. Jackson and Tom Wilkinson. Alan is particularly proud of his role as the eccentric conspiracy theorist, Terrance, in THE CONSPIRACY.

Television series work includes, as a regular, BRIDGE TO MOTOR CITY, CRA$H AND BURN, STREET TIME, as well as the mini-series, ZOS: ZONE OF SEPARATION. He has guest starred in many TV series, among them, STARGATE, THE LISTENER, LOST GIRL, COPPER, 19-2. Most recently he reunited with Eugene Levy and Catherine O’Hara as a guest star on the season finale of their series SCHITT’S CREEK. One of his first onscreen roles was as “Edith Prickly’s Double” on the “Johnny Nucleo Lounge Meltdown” episode of SCTV.