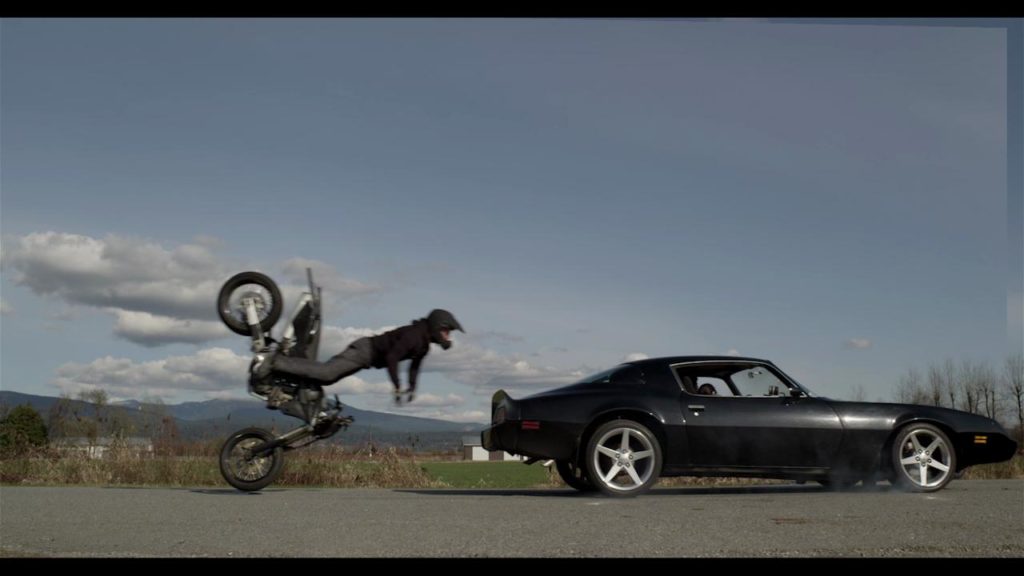 Filmmaker Matthew Campbell has submitted his action-packed thriller, The Wounded to the social media platform CineCoup, answering their call for indie filmmakers to post trailers of their projects and navigate their way through the selection process. The final five films (voted by fans) will be optioned for development. Among those five is the $1 million prizewinner.

The Wounded is a story of two fathers. The emotional thriller focuses on Naseer (Patrick Sabongui) an average working-class man from Afghanistan who travels to Canada to seek revenge on the Marine (Rob Hayter) responsible for his son’s death. Meanwhile, Patrick (the marine) is grappling with the effects of war on his mental health while desperately trying to patch things up with his own family upon his return. When Naseer puts a plan into motion hoping for justice, both fathers are pushed to the unthinkable as they come to terms with the effects of violence in their lives.

“Think of the classic American ‘my family is dead, now I will avenge them’ flick, a.k.a. Collateral Damage,” Campbell explains. “But put the twist on a normal Afghani, middle class father who has never willed ill upon anyone, who decides to make the trek to North America to find the man who killed his son believing this will bring him peace.”

For The Wounded, Matthew pulled together a great cast to join Patrick Sabongui (The Flash, Godzilla, 300) who plays Naseer, the Afghan father who wants revenge for Patrick the soldier who killed his son played by Rob Hayter (Falling Skies, The 100). Paula Giroday (Once Upon a Time, Psych) who plays the mother and Madison Guppy (Fringe, Jake and Jasper) plays the daughter. Sasha Proctor (Underworld: Awakening, Arrow) is the Director of Photography and Leif Haydale (The Interview, White House Down) coordinated the stunts.

Over the last eight years, Matthew Campbell has worked on some of Vancouver’s most buzzed-about projects – including hit shows like Arrow, Godzilla, and the upcoming Disney flick Tomorrowland starring George Clooney. Now the young director is gearing up to helm his very first feature, The Wounded, with the potential help of a $1 million prize.

Voting for the Top 60 opens April 6 and runs for the following four days. Campbell hopes to make it all the way to the Top 5. The Wounded trailer has garnered seven pages worth of comments on the movie’s CineCoup page – most of which are overwhelmingly positive. One user wrote it was an “action-packed teaser with great stunts!” Another commented: “Great action and editing, looks like strong acting as well. I’ll be following this one!”

Campbell has been hard at work on this project for more than a year. He’s personally invested nearly $35,000 into the film and received an amazing amount of help from friends in the industry. Next up is a longer ‘investor’s trailer’ featuring visual effects from ILM, the Oscar-winning studio that’s worked on blockbusters such as Star Wars and Transformers.

The three Voting Windows are:

Born just outside of Vancouver in Delta, B.C., Matthew Campbell grew up having two strong passions: film and adventure. As a kid, he loved to climb, slide and jump on anything and everything he possibly could. He followed through on both interests by going into film and working on action-packed movies and shows. The young filmmaker landed his first industry gig as a production assistant for the sci-fi drama The Last Mimzy.

Campbell then went on to study Motion Picture Production at Capilano University. He made his directorial debut shortly afterwards with the short film To Save One’s Self (2012). The movie was screened at festivals worldwide and nabbed the “Royal Reel Award” at the Canadian International Film Fstival.

Since then, the B.C. native has worked as a Lead/On-Set Greensman on some of the province’s biggest productions, including Godzilla (2013), Arrow, This Means War and Once Upon A Time.
Campbell is currently working on his feature debut, The Wounded, a dramatic thriller about two fathers from opposite ends of a war.

Patrick’s acting career spans over a decade. Patrick grew up in a 3-language household speaking French, English and Arabic. Patrick earned a BFA in Drama and MFA in Acting. Patrick currently plays Captain David Singh on CW’s The Flash. Patrick has had the opportunity to work with some of the world’s most influential directors including Steven Spielberg, Zack Snyder, Tarsem Singh, John Cassar, Yves Simoneau, Richard Donner, Joss Whedon, Drew Goddard and Roland Emmerich. On television, he has appeared on several hit shows such as “24”, Flashpoint, Covert Affairs, Psych, Smallville and Stargate: Atlantis to name a few. His athletic background and martial-arts training has also landed him work on action films “300”, Immortals, MI:4, A-Team, The Bourne Legacy, Tron: Legacy and more.

As a creative artist he has also written, directed and produced several short films. Patrick is also the co- director of the not-for-profit mentorship program, Fulfilling Young Artists: an organization dedicated to helping young actors and actresses find fulfillment in their pursuit of a positive, sustainable acting career. As a father, artist, actor, director, producer, mentor and athlete he is the embodiment of a renaissance man in today’s entertainment industry.