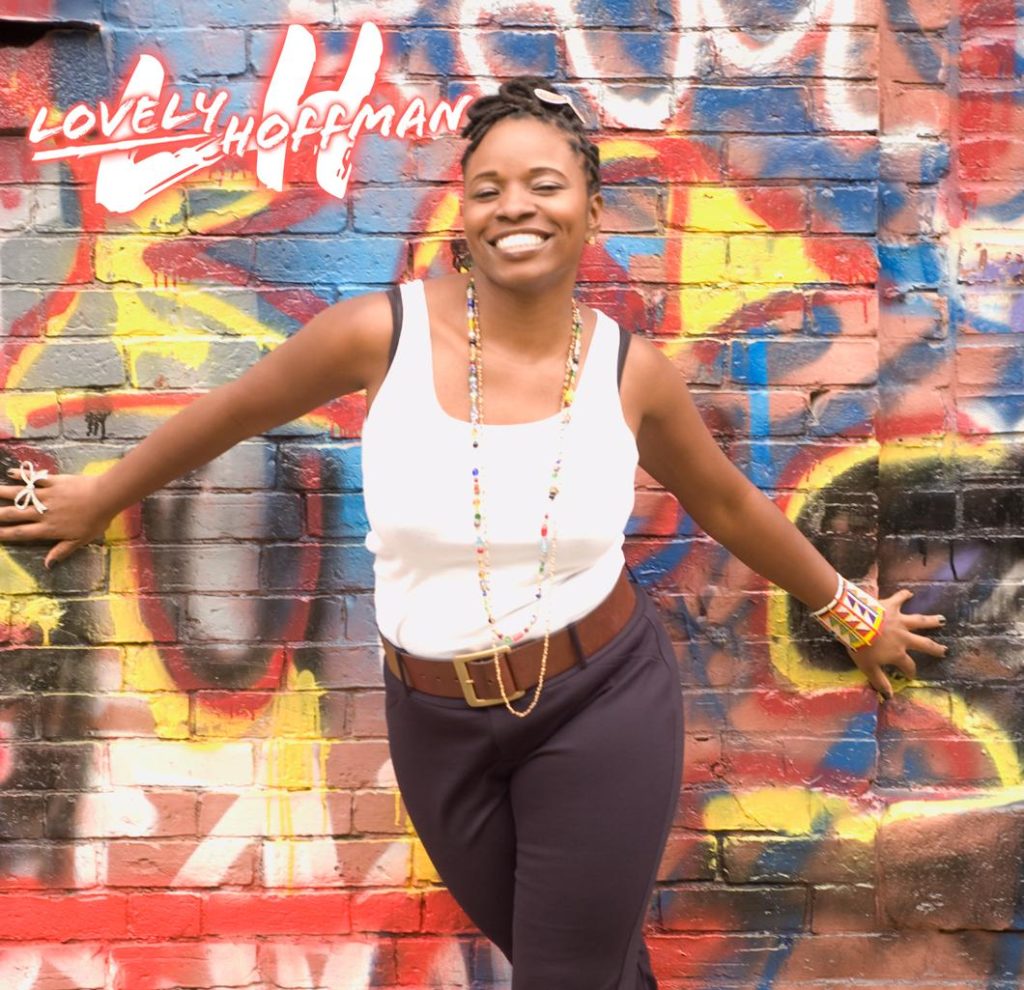 On the heals of the indictment of a NYPD officer in the stairwell death of Akai Gurley, R&B artist and actress, Lovely Hoffman releases a tribute song and video — Black Lives Matter — in support of the #BlackLivesMatter movement. Appropriately titled, the songis a powerful anthem that bridges the current day struggle of the value of black life with the historical Civil Rights Movement.

Initially compelled to write and compose Black Lives Matter as a way to find solace in the recent deaths of Akai Gurley, Eric Gardner and Michael Brown — all unarmed black men killed by police officers — the song quickly developed into a tune with a joyful message to unite the black community.   Hoffman says, “I am extremely proud of the lyrics of this song, and hopeful that it will resonate with activists within the movement, as well as with the masses to address the struggle of black people in America.”

With soulful vocals accompanied by powerful lyrics, Hoffman skillfully arranges a chant of the old Negro spiritual Oh Freedom throughout the chorus in order to evoke the emotion of the Civil Rights movement with the sentiments of the Black Lives Matter movement.  Hoffman says, “I consider Black Lives Matter a contemporary freedom song; a song that will unify the black community just as past anthems: We Shall Overcome, a historical protest song, I’m Black and I’m Proud by James Brownand A Change is Gonna Come by Sam Cooke.”

The Black Lives Matter music video incorporates footage of national and international Black Lives Matter protests, alongside images of the victims who have lost their lives at the hands of police.  Also, interwoven within the video are subtle but intimate clips that capture Hoffman during the recording process.  The aim of the video was to focus on the victims and to highlight the similarities of their stories.  “I wanted viewers to understand that the demand for human rights and equitable treatment of black life still continues today,” says Hoffman.  She continues and says, “I am hopeful that this song and video will help to articulate this demand.”

To view the music video and download the song, visit:

Lovely Hoffman hails from Boston’s Roxbury neighborhood and graduated from Boston College.  She gained notoriety as the lead actress in the 2014 New England Premier of The Color Purple. For this role, she was recently nominated for an IRNE Award for Best Actress in a musical.