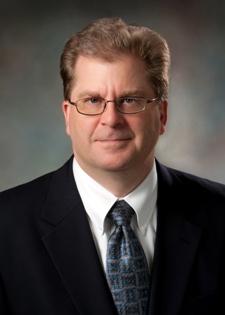 Ultraseal America will explain to powertrain manufacturers how to improve quality and avoid the risk of expensive product recalls when it exhibits at Engine Expo North America 2014 in Novi, Michigan, in October.

One of the perennial problems with powertrain components that are manufactured from cast metal is the formation of tiny holes within in the metal during the casting process – a phenomenon known as casting porosity.

If these microscopic holes form a leak path within the part it has serious implications for the performance of components such as engine blocks and cylinder heads that have to be pressure-tight in operation.

Ultraseal is a global leader in Vacuum Impregnation with Porosity Sealants which work together to provide a reliable and permanent solution to the problem of casting porosity, ensuring leak-free parts.

Ultraseal America Inc. will be present at Stand 310 at Engine Expo North America 2014 which is being held at The Suburban Collection Showplace in Novi, Michigan from October 28-30 2014 to showcase its vacuum impregnation solutions, including the global benchmark recycling sealant Rexeal 100™.

Bob Remler, VP Sales of Ultraseal America, said: “No manufacturer wants to be faced with the prospect of onerous compensation claims or, even worse, a product recall because of a part failure.

“That is why more manufacturers are using vacuum impregnation as a routine quality enhancement, especially for powertrain components. Porosity sealants do not dimensionally alter a part as they work sub-surface.

“Such is the effectiveness of vacuum impregnation that many Formula One racing teams routinely use the process on a wide range of components and it is widely used throughout the automotive sector on components such as engine blocks, transmissions, cylinder blocks and cylinder heads.”

Ultraseal has a proud pedigree of innovation and excellence in the design and manufacture of vacuum impregnation and porosity sealants. It was the first to bring modern methacrylate based sealants to the market, first to introduce the world to recycling porosity sealants and first to develop front loading impregnation technology with more than 50 installations in operation world-wide.

With its headquarters in Coventry, UK, it has a truly global reach, with joint ventures in India and China, an operation in America, based in Ann Arbor, MI, an office in Japan, a job processing shop in Germany and a network of 22 agents/distributors around the world.