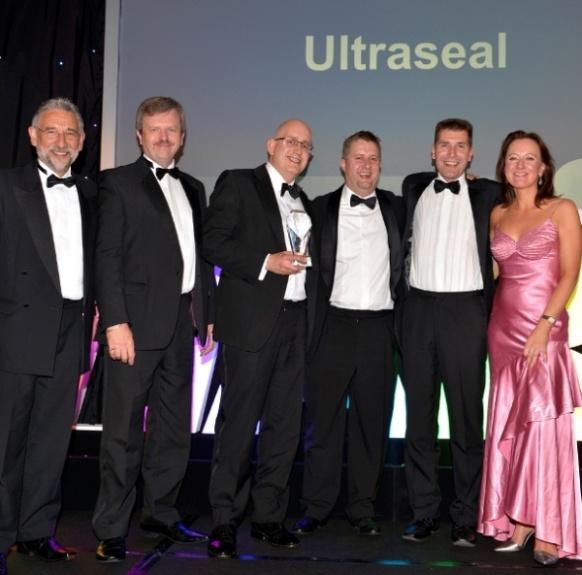 Ultraseal International, the UK company that specialises in solutions to the problem of porosity in cast metal parts, is celebrating winning two awards for its success in exporting around the world.

After winning Exporter of the Year at the Midlands Business Awards earlier this year, Ultraseal International went on to scoop a second trophy at the prestigious West Midlands Business Masters 2014 awards in June.

The Coventry-based company beat off strong competition to lift the Exporter of the Year title in the small and medium-sized enterprises category of the awards which are organised by TheBusinessDesk.com.

Managing Director Gary Lloyd, who picked up the trophy at the awards dinner at The County Ground, Edgbaston, Birmingham on June 18, said: “I am thrilled that Ultraseal International has been recognised once again for its exporting achievements.

“To win one award was excellent – to win two is a fantastic achievement and I would like to thank all of my colleagues for their hard work, determination and dedication to growing Ultraseal International.

“They have shown tremendous initiative, patience and persistence in developing our overseas markets and ensuring that our Vacuum Impregnation equipment and world-beating porosity sealants are globally known and respected.”

Ultraseal International’s customers are mainly in the automotive supply chain which is constantly relocating around the world. The company now sells into more than 35 of the 50 countries around the world that have a major automotive industry.

Vacuum Impregnation equipment and porosity sealants together reliably and permanently solve the problem of porosity in cast metal parts that have to remain leak-free under pressure, such as engine blocks and compressors.

Ultraseal International has pioneered many developments in the technology, including its global benchmark recycling sealant Rexeal 100™. All of its Research and Development is based in Coventry, UK.

The company has joint ventures in India and China, an operation in the United States, a job processing shop in Germany, an office in Japan and a network of 22 agents/distributors around the world.