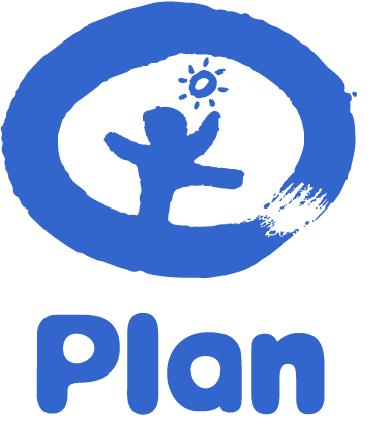 The lives of thousands of mothers and millions of children have been saved – and the fight against global poverty advanced – thanks to Canadian leadership in maternal, newborn and child health. Today, Plan Canada demonstrated its preliminary results from Canadian-funded work in maternal, newborn and child health (MNCH), joined by The Honourable Christian Paradis, Minister of International Development and Minister for La Francophonie, and Mrs. Laureen Harper.

“We’ve seen tremendous progress made for mothers and their children worldwide in the past four years,” says Rosemary McCarney, Plan Canada President and CEO. “And yet, across the globe, each year, almost 293,000 women still die during pregnancy and childbirth and 6.3 million children die before their fifth birthday from largely preventable diseases and conditions. It’s critical that we maintain momentum and stay the course so that mothers, newborns and children both survive and thrive.”

“Maternal, newborn and child health is Canada’s top development priority,” says Minister Paradis.  “Prime Minister Harper has been championing the health of women and children in developing countries since he launched the G-8 Muskoka Initiative on this issue in 2010. As the Minister of International Development and La Francophonie, I am proud to be a part of this initiative that reflects our most strongly held Canadian values, and to collaborate with partners such as Plan Canada. Together we can eliminate preventable deaths among women, children and newborns, and save the millions of lives that hang in the balance.”

At an event in Toronto today – helping to launch the Canadian government’s Saving Every Woman Every Child: Within Arm’s Reach Summit in Toronto, May 28-30, 2014 – Plan Canada demonstrated the life-saving impact its work has had since 2010 in over 2,700 hard-to-reach communities across seven developing countries.

So far, Plan’s work across the seven countries has resulted in 256,952 women receiving essential health care before, during or after childbirth; and 641,857 infants and children receiving vaccinations, medications and treatments to keep them alive.

In Tanzania, the number of mothers reached by Plan’s programs who received postnatal care within three days of childbirth rose from 30% to 71%.

Other participants at today’s event included The Honourable Lynne Yelich, Minister of State for Foreign Affairs and Consular Services; Madame Hélène Laverdière, Official Opposition Critic for International Development; Ms. Kirsty Duncan, Liberal Critic for International Development; community members and health workers from Tanzania and Zimbabwe who have benefited from Plan’s work to support mothers and their children; members of the Canadian Network for Maternal, Newborn and Child Health; representatives of the 25,500 Canadian donors who have directly supported Plan Canada’s maternal, newborn and child health efforts; and local youth advocates engaged with Plan’s work.

Attendance from a broad range of stakeholders, including Members of Parliament from all parties demonstrates the far-reaching support for this lifesaving work.

“Canada has remained committed to improving the health of mothers and children worldwide – and we’re hoping for continued Canadian leadership in saving the lives of the most vulnerable women and children, especially those living in harder to reach areas and difficult circumstances like disaster zones or war-torn areas,” says McCarney. “Nearly a century of development experience has shown us that when you raise those at the bottom of the social economic ladder – such as impoverished mothers and children – the benefits accrue to families, communities, and entire nations.”

In 2010, Canada launched the Muskoka Initiative, which leveraged over $7 billion to improve the health of mothers, newborns and children in the world’s poorest countries. This reflects not only a wise investment, but also the values of millions of Canadians who support this important effort. As an implementing partner, Plan Canada has helped communities build clinics, train health care workers and invest in equipment and simple, life-saving interventions – vaccines, mosquito nets, rehydration fluids and common medications – to save the lives of millions of women and children around the world.

Plan Canada’s President and CEO, Rosemary McCarney, and Dr. Dorothy Shaw, coordinated the establishment of the Canadian Network for Maternal, Newborn, and Child Health (CAN-MNCH) in 2010.The Network is comprised of over 70 Canadian partner organizations working together in more than 1,000 regions around the world to improve the lives of the most vulnerable mothers and children.

About Plan and the Because I am a Girl initiative

Founded in 1937, Plan is one of the world’s oldest and largest international development agencies, working in partnership with millions of people around the world to end global poverty. Not for profit, independent and inclusive of all faiths and cultures, Plan has only one agenda: to improve the lives of children. Because I am a Girl is Plan’s global initiative to end gender inequality, promote girls’ rights and lift millions of girls – and everyone around them – out of poverty. Visit plancanada.ca and becauseiamagirl.ca for more information.