How Electric Vehicles Evolve the Market 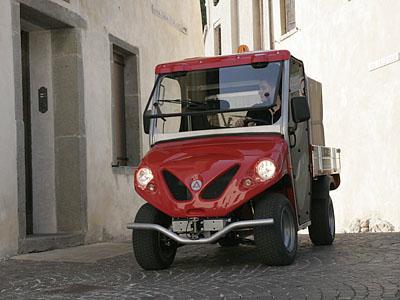 It is apparent that the benefits of driving electric vehicles (such as those of Alke.com) versus traditional fuel based vehicles are far more convincing. Because of these benefits, being an owner of one has been getting a lot of attention in a lot of areas. Moreover, we can see that the popularity of driving traditional, fuel based vehicles is on a downhill spiral. One major contributor to that decline is the continuous rise of fuel costs, which translates directly to higher distribution costs of goods. Resorting to the use of an electric vehicle, motorists would save considerably. It would only cost $2 to $3, to travel a range of 100-150 km.  And even electric vehicles need a larger investment than normal vehicles, these extra costs can be returned after a few years with all the savings that will come from fuel and maintenance costs.

Another major benefit electric vehicle owners will take part of is the ability to reverse unpleasant situation of a lot of urban areas, which suffer from excessive pollution caused by harmful gases emanating from the exhaust pipes of gasoline and diesel cars. Steps to control and reverse this situation have been made in light of the growing market of electric vehicles. One of them is the implementation of electric car sharing in participating cities (sharing of electric cars on reservation) and making use of the electric vehicle company fleets (such as ATX alke).

In the past few years, technological innovation has invested a lot on continuous improvement of electric mobility. In fact, most car manufacturers have funded a number of studies that have focused on the performance, autonomy and efficiency of electric vehicles. Even the major countries of the world like the U.S., Japan and the entire European Union have invested large sums of time, manpower and money in order to facilitate the expansion of the market for electric vehicles. The interest of consumers towards electric mobility tends to grow steadily. According to a survey conducted in several countries worldwide, if adequately supported with appropriate incentives and charging infrastructure, electric mobility affects even 60% of drivers who were interviewed.

In the United States, the market of electric vehicles is also on the incline. In fact, in 2013, the electric and hybrid vehicles in America have experienced a sales increase of 84%. Even in this country a series of favorable situations have determined the success of electric mobility. First of all, people were supported in recent years to a policy of incentives for those who decided to replace their vehicles with a hybrid or a pure electrical vehicle. Then, a decrease in the purchase price of electric cars has been implemented and more charging points were distributed throughout the country. It is safe to say that in the next few years the market will follow this upward path and by 2015 we can predict to reach a million operating electric vehicles all throughout the United States.

Despite all these favorable assumptions, we must remember that there are still challenges to overcome in order to achieve a real success in electric mobility. These issues primarily concern the autonomy, cost of the batteries and the creation of one standard for charging electric vehicles. So, we will still face various problems in the near future, in order to achieve an optimal level of success of electric vehicles on the world market.