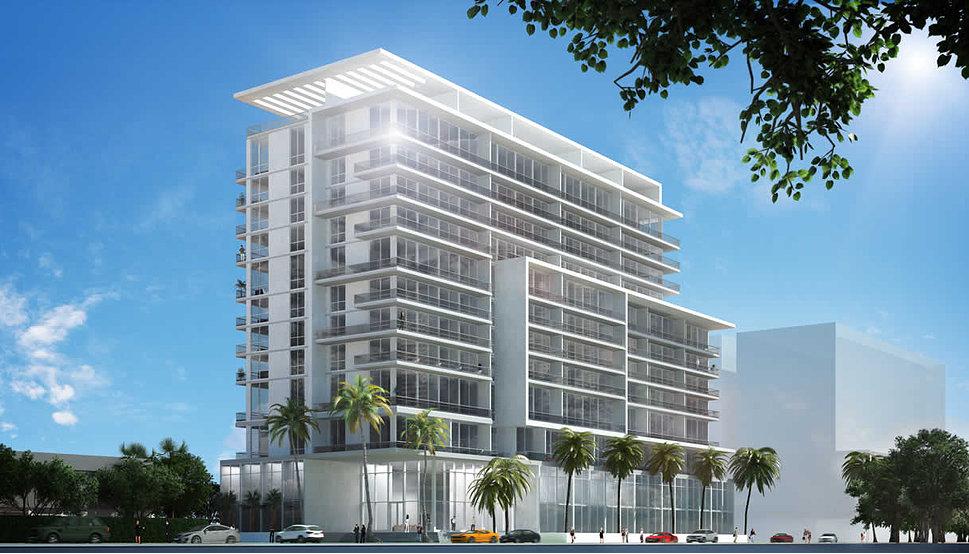 15
SHARES
ShareTweetShareShare
Record demand from international investors is boosting prices and property -tax collections, leaving Miami poised for its first credit-rating increase from Standard & Poor’s since 2004. Some city debt is gaining in value after falling to near-junk status following the housing-market crash and as regulators investigated Miami for financial fraud.

As Apartments In Miami prices are the highest since 2008, the extra yield investors demand to buy Miami general obligations rather than benchmark munis has decreased, data compiled by Bloomberg show. When Miami returns to the bond market — it hasn’t sold general obligations since 2009 — investors will require an even lower penalty, said Michael Schroeder, chief investment officer at Wasmer, Schroeder & Co. in Naples, Florida.

“Miami definitely has a much more positive story to tell than they have had any time in the last five years, when the crisis hit, and probably the five years before that,” said Schroeder, who helps manage about $3 billion in munis.

Schroeder, who hasn’t held the city’s debt for several years, said he would consider buying should its finances improve further.

S&P changed its outlook on Miami to positive from negative on Nov. 26, saying it may raise the city’s BBB general-obligation rating, which is two steps above junk. The company cited improving revenue, mostly from rebounding property values as overseas buyers pile in.

The state’s second-largest city behind Jacksonville, Miami plans to hold off issuing new debt until it resolves a civil securities fraud complaint from the U.S. Securities and Exchange Commission, Alfonso said. The SEC in July accused Miami of misleading investors before 2009 bond sales by using “shell games” and illegal transfers to hide its deteriorating finances. Miami lost a court bid to dismiss the SEC lawsuit on Dec. 27, when U.S. District Judge Cecilia Altonaga ruled that the case could move forward. The SEC is seeking fines and other sanctions.

“We’ve turned the corner, but I don’t think we’re ready to go crazy with new debt,” Alfonso said. “We may wait another year.”

Miami tax-exempt general obligations maturing in January 2029 traded last month at an average yield of 4.46 percent, or about 3 percentage points more than benchmark munis, Bloomberg data show. The spread was as high as 3.5 percentage points in October.

Miami had $668 million in debt as of Nov. 30, according to city financial statements.

Fitch Ratings, which downgraded Miami after learning of the fund transfers, said in November that the city’s outlook has strengthened. Fitch affirmed its A- grade on Miami general-obligation bonds, noting a resurgent housing market.

Home prices in Miami reached a five-year high in October, although they’re still down almost 40 percent from a 2006 peak, according to the S&P/Case-Shiller property-value index.

Revenue from property taxes makes up 43 percent of Miami’s $524 million general fund. That revenue rose 4.5 percent in 2013, the second straight year of increases after three years of declines.

“It looks like the writing is on the wall: The real estate values are improving,” Quach said. “The underlying economy is going in the right direction.”

As the housing-market tumble took hold in 2008 and 2009 with developers struggling to sell thousands of newly built condos, prices declined and foreclosures increased. Property-tax revenue fell 25 percent from 2008 to 2011 while pension payments increased, leaving a budget shortfall.

The city declared “financial urgency” in 2010, allowing it to make unilateral cuts to pension and salary payments for police officers and other unionized employees. Miami repeated the declaration in 2011 and 2012, slicing more than $100 million from employee benefits to plug budget holes and build reserves.

The rebound is being led by overseas residents who flocked to the city to buy discounted condos after the property crash and have since financed new construction, said Peter Zalewski, owner of Condo Vultures LLC, a Miami-based brokerage and consulting firm.

Zalewski, who tracks the city’s condo projects, said the 47 towers being built marks the biggest such wave for Miami since 84 projects from 2003 to 2005.

Construction cranes in downtown Miami are reminiscent of the boom that created 22,000 residential units from 2003 through 2008, Zalewski said. This time, buyers are putting up cash deposits to fund the building before completion, instead of developers relying on bank loans.

“It’s occurring simply because of the Latin American buyers and the European buyers, who are willing to put down cash,” Zalewski said.

Foreigners paying cash made up at least 75 percent of the buyers at BrickellHouse, a 374-unit downtown high-rise slated to open this year, said Harvey Hernandez, who is overseeing the project as chairman of Miami-based Newgard Development Group. The project, which broke ground in 2012, was among the first after Miami’s last real estate cycle ended with plunging values, bank repossessions and half-constructed buildings.

“Miami is like the capital of South America,” he said of the city of 420,000, home to the Latin American headquarters of Hewlett-Packard Co. (HPQ) and FedEx Corp. (FDX)

Miami still faces investor skepticism, said Schroeder, the Naples-based money manager. The city flirted with bankruptcy in 1996 and received an SEC cease-and-desist order in 2003 for misappropriating bond funds. Ratings companies have cited the SEC allegations against Miami as credit risks.

The pending SEC lawsuit accuses Miami of misleading investors by transferring money from the city’s Capital Improvement Fund to its general fund to mask growing deficits from 2007 through 2009. The transfers — which included legally restricted funds — weren’t fully disclosed to investors as Miami issued

about $154 million in debt in 2009, according to the SEC. Miami has denied wrongdoing in the case.

“There’s a long history there that they seem to be making a concerted effort to confront,” Schroeder said.

In trading in the municipal market, benchmark 10 -year bonds yield about 2.99 percent, down from a three-month high of 3.05 percent on Dec. 11. That compares with about 2.96 percent on similar-maturity Treasuries.

That makes the ratio of the interest rates, a measure of relative value, about 101 percent, in line with the five-year average. The lower the figure, the more expensive munis are compared with federal securities.