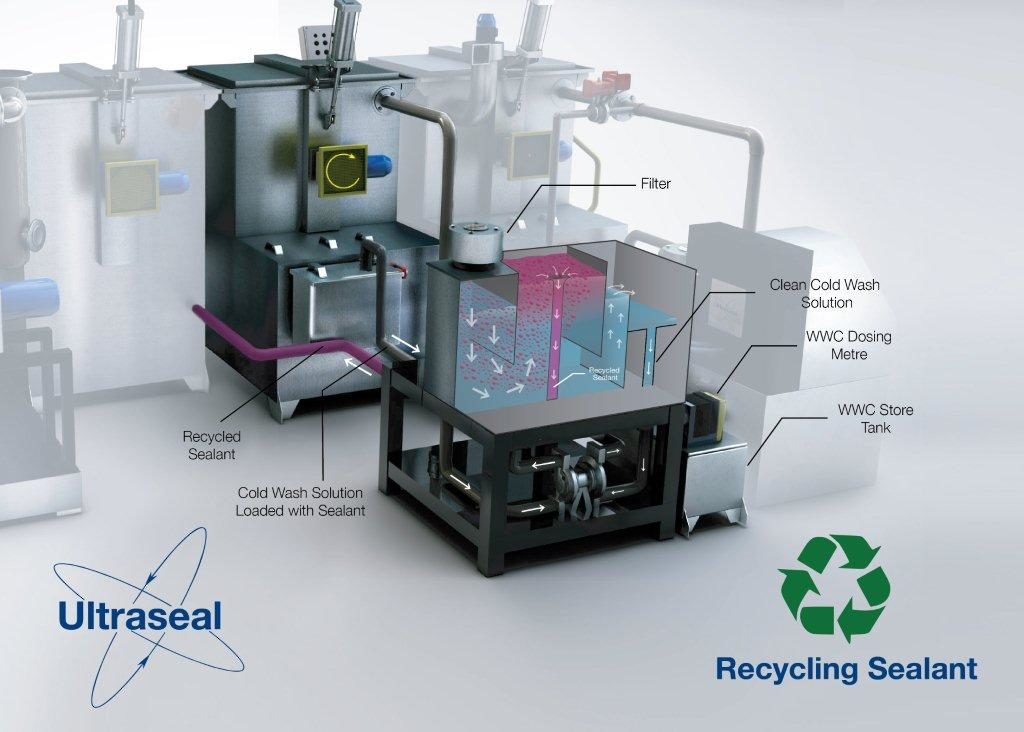 Ultraseal International’s joint venture in China has attracted a lot of interest from Chinese diecaster with its recycling porosity sealants at the recent Shanghai Automotive Casting Exhibition and First Precision Die Casting Exhibition.

They were particularly interested in the cost and environmental benefit offered by recycling sealants Rexeal 100™ and Ultraseal MX2™ which use less chemical and less water than conventional porosity sealants.

Significantly, Ultraseal recycling sealants also produce far less wastewater than conventional sealants, which is an important consideration in areas where the disposal of effluent is subject to strict regulations.

There is increasing pressure on companies operating in China to minimise their impact on the environment and plans for new manufacturing facilities are being closely scrutinised before being approved by authorities.


Stephen Hynes, Marketing director of Ultraseal International, said: “The Shanghai Automotive Casting Exhibition was very busy and we had a lot of interesting enquiries from potential new customers who were very impressed with our recycling capabilities.

“Vacuum impregnation is a reliable and permanent solution to the eternal problem of casting porosity – microscopic holes in cast metal parts that can ultimately cause a part to fail.

“However, with conventional porosity sealants most of the chemical gets washed away after the first stage of the impregnation process which makes it more operationally expensive but can also lead to higher costs for the idsposal of wastewater.

“In contrast, up to 90% of recycling sealants can be separated from the washwater in Ultraseal’s Sealant REcycling System and returned back for immediate re-use in the vacuum impregnation process.”

Ultraseal International is a global leader in the design and manufacture of vacuum impregnation equipment and porosity sealants that reliably and permanently solve the problem of porosity in cast metal parts.

Based in Coventry, UK, it has joint ventures in China and India, an operation in the United State, an office in Japan and a network of 22 agents/distributors around the world.

Ultraseal exhibited throughout the show which ran from October 31 to November 2 at the Shanghai Automobile Exhibition Centre in Shanghai, China.