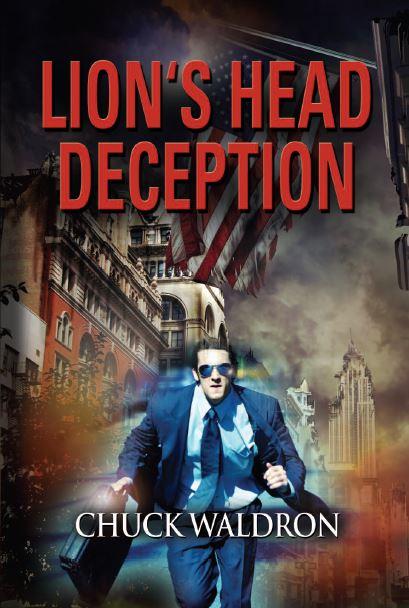 Uniquely fusing fact with fiction, Chuck Waldron’s compelling new novel exposes how fear and evil slowly shape society and increase control over it. Giving readers heaps of action, romance and real-world societal examination, those diving into ‘Lion’s Head Deception’ will be left questioning all they have come to know as normal.

Since the harrowing events of 9/11, modern society has been left to balance its desire for increased security with the rapid prevalence of excessive surveillance and social regulation. Be it from local security forces or the wider Government – the right to privacy is slowly being chipped away into a distant memory. Melding bold fact with creative fiction, author Chuck Waldron examines this theme in his powerful new novel.

‘Lion’s Head Deception’ uses a raw and vivid narrative to help readers recognize the recent changes in the world around them. It begs the question – will our expectation of privacy eventually be eroded for good?

Matt Tremain discovers a passion for writing blogs. When he is warned of a diabolical scheme, and the tipster is killed, Matt uncovers a conspiracy. An investigative television reporter and her cameraman may be potential partners or rivals.

A detective offers his assistance, but Matt is unsure of his true motivation. Matt Tremain and his friends are forced to go on the run to expose the truth before they are discovered, arrested, and perhaps exterminated themselves…

As the author explains, his story takes its cue from recent changes in the real world.

“In the United States our individual right to privacy is held to be sacrosanct, free from searches without a warrant and free from arrest without cause. Since the event of 9/11 there has been a sharp increase in the fear that our expectation of privacy has been eroded. That fear is both imagined and perhaps real, judging by some of today’s news and events,” says Waldron, who has written over thirty-five short stories and four novels.

Continuing, “I actually got the idea for the book while researching the preparations, riots and aftermath of Canada’s hosting the 2010 G-20 Economic Conference in Toronto, rioting that occurred even though 10,000 Police Officers, several military units and more than a billion dollars were spent on security.”

Since its release, the book has garnered a string of rave reviews.

“An intense and pulse-pounding thrill ride from page one… a fast-paced story with a multitude of twists and turns. But above all of that, there is amazing character development. I highly recommend it, especially for those who love a breathless and fast read,” says Tia Bach, reviewing the novel on Amazon.

Marty was equally as impressed, adding, “This book is one of the most exciting ones that I have ever read! From the beginning, I developed a relationship with each and every character. I began to think of them as friends, or in some cases, my most dreaded enemies. This is a must read for everyone who enjoys suspense, conspiracy, and terror!”

Chuck’s literary roots were planted in the American Midwest and nurtured in the cultural soil of Ontario. He now lives on Florida’s Treasure Coast, living the life he’s always dreamed of having: writer, dreamer and storyteller.

“I grew up,” Chuck said, “listening to my grandfather, an Ozark Mountain story teller, spinning tales of the caves on his farm, describing them as hiding places once used by the Jesse & Frank James’ gang. It didn’t matter if the stories were true or not. Those legends set fire to my imagination, creating images that emerged slowly over the years, finally igniting as my short stories and novels.”

Now, thirty-plus short stories and four novels later, ideas keep coming, with more novels under development. Do they share anything in common? Each has its own unique voice and tale to tell, yet, at their heart, his stories tell about the human condition – the good, the bad and the ugly.

His literary roots were planted in the American Midwest and thrived when transplanted to the rich, cultural soil of Ontario. He and his wife, Suzanne, after many Canadian winters, are now warmed by a winter sun in Port St. Lucie, Florida.