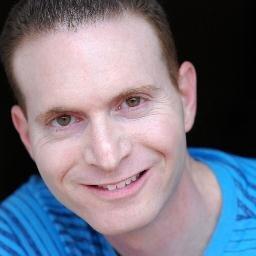 Daring comic La Montre went from camping out front to becoming a fan favorite at Laugh Factory in West Hollywood– Next show is Wed., November 6th at 10p.m.

Since 1996, La Montre has been in the stand-up circuit. Oft compared to the likes of vintage Andrew Dice Clay and now, Louis CK, the fearless funnyman has achieved the comedic equivalent of being accepted into Harvard — he has been made a paid regular at the world famous Laugh Factory located on the iconic Sunset Strip in West Hollywood.

“I am so grateful to finally be able to call myself a Laugh Factory regular,” says La Montre, 39. “I am very grateful to the owner, Jamie Masada, for accepting me into the club and being willing to break in new talent and help guide his regulars and take them to the next level.”

La Montre has opened and featured for numerous national headliners, including Bret Ernst, Dwayne Perkins, Willie Barcena and Darren Carter, and has been featured on radio and internet podcasts. An avid boxing fan, Darrell cut his teeth as a sports journalist, writing for Boxing Talk and Rope A Dope Radio, which led to co-hosting a pilot called “The Punchlines” with Hall of Fame boxing commentator Al Bernstein, currently under consideration by a major cable network.

Not for the weak willed, Darrell characterizes his brand of humor as “edgy, sardonic, observational and thought provoking.” He doesn’t typically interact much with the audience, preferring instead to launch into one scathing, hilarious bit after another attacking such diverse subjects as: the homeless, obese people, slow supermarket checkers, aspiring L.A. actors and Mexican valet parkers. He’s performed locally, at all the major clubs in the Southern California area, like Comedy Store, the Improv and the Ice House, as well as nationally.

All of the hard work is paying off, and Darrell is getting much more than 3 or 6 minute sets. He has been compared to such comedic heavyweights as George Carlin, Dennis Miller and Bill Burr. “Just to be mentioned in the same breathe as those guys is an amazing honor,” says La Montre. “I can say, that like those guys, I’m a perfectionist when it comes to writing and editing my own material.”

La Montre first set out to become a regular at the Laugh Factory way back in 1999. “Back then, you had to wait in line in front of the club from around 8am to the early evening to do a 3-minute open mic performance in front of the owner,” he recalls. “If all went well, you earned the opportunity to do a 6-minute showcase in hopes of eventually becoming a regular. You had to remain in line all day otherwise someone would scratch your name off the list and you’d have to come back the next week. I did that four times before I was given a showcase. I did really well each time, but I think Masada wants all the comedians to exhibit the eye of the tiger, so to speak, and to show how badly they really want it.”