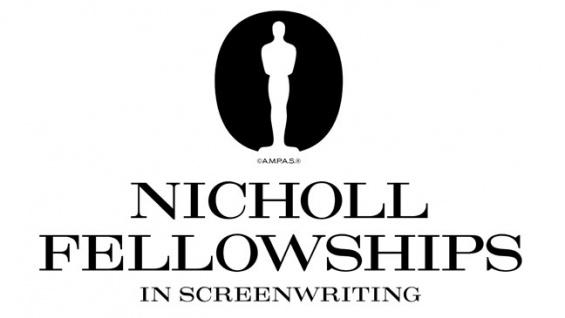 The finalists were selected from a record 7,251 scripts submitted for this year’s competition.

The 2013 Academy Nicholl Fellowships will be presented on Thursday, November 7, at a ceremony in Beverly Hills.


The Nicholl competition is open to any individual who has not earned more than $25,000 writing for film or television or received a fellowship prize that includes a “first look” clause, an option, or any other quid pro quo involving the writer’s work.  Entry scripts must be feature length and the original work of a sole author or of exactly two collaborative authors.  The scripts must have been written originally in English.  Adaptations and translated scripts are not eligible.  The earnings limit for 2013 is an increase from the $5,000 limit in previous years.

Fellowships are awarded with the understanding that the recipients will each complete a feature-length screenplay during their fellowship year.  The Academy acquires no rights to the works of Nicholl fellows and does not involve itself commercially in any way with their completed scripts.

Since the program’s inception in 1985, 128 fellowships have been awarded.  Several past Nicholl fellows have recently added to their achievements.  Destin Daniel Cretton wrote and directed “Short Term 12” from his Nicholl Fellowship-winning script; the feature has received tremendous critical acclaim this year at screenings at international festivals and in theatrical release.  Creighton Rothenberger co-wrote “Olympus Has Fallen,” which opened in theaters this past March.  Several fellows currently have projects in post-production: Cecilia Contreras and Amy Garcia wrote “Dear Eleanor”; Anthony Jaswinski wrote “Random”; Karen Moncrieff wrote and directed “The Trials of Cate McCall”; and James Mottern directed “God Only Knows.”  Rebecca Sonnenshine is a writer and executive story editor on “The Vampire Diaries” on The CW.  Andrew Marlowe is a writer and executive producer, and Terri Edda Miller is a writer and consulting producer, on “Castle” on ABC.