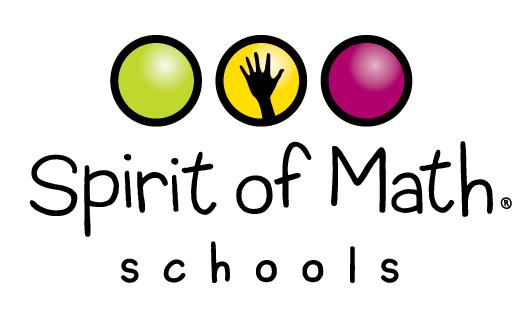 Every year, tens of thousands of students across the country take part in a battle of the minds. From public school boards and elite private schools, these children, from grade 3 – 12, pit themselves against their peers in a silent yet fierce tournament – the National Math Contests.

Students at Spirit of Math Schools locations across the country are avid competitors in these contests that see over 90,000 participants annually. They are among the only students in the competitions representing an after-school program (the rest compete under the banner of their day school) and they represent it well.

So how does this little-known after-school program clean up in these nationally renowned contests? Some might think students are cramming for the contests with practice tests, but Matthew Edney, a campus director says, “We don’t teach to the test. We don’t tell our students they have to compete, but many of them want to. They enjoy it and they know doing well will open the door to more opportunities in the future.”

Instead, Spirit of Math Schools teaches students to look at a problem, determine what it is asking and reason for themselves how to solve it – ultimately making them better problem-solvers in all aspects of their lives and giving them a definite edge in the math contests.

Spirit of Math is a growing movement of people devoted to a different way of teaching math. Parents, concerned with their children feeling unchallenged at school, are bringing them in droves to study this extraordinary method under the guidance of teachers specially trained to work with high-performing students.

In community centres and church basements across the nation, children in grades one to eleven spend just 1.5 to two hours per week studying the Spirit of Math method, which focuses on drills and problem solving, intensive core work and cooperative group work. This is not a gifted program – though it has many gifted students – it is a program for B+ or higher students whose parents see an inherent problem with the way math is being taught these days.

Though the program and homework are rigorous, you wont find any math lectures from the teachers here. Their mandate is to draw solutions from the students and teach them how to think for themselves. Walk into any Spirit of Math class and you’ll find a lively bunch of students actively participating in a conversation, problem solving together and encouraging each other to reach the required class average on their drills. Yes, at Spirit of Math, even drills are exciting… and effective.

Their track record says it all. Spirit of Math Schools’ students have had astounding achievements when it comes to writing math contests. They’ve won more than 60 Canadian Champion titles, 19 Top-3 in Canada Team Awards and have earned more than 3300 placements on the national mathematics honour rolls in the last 5 years.

A complete list of Spirit of Math students’ National Mathematics Contest achievements was published this year in the National Post on September 7.

About Spirit of Math

Spirit of Math Schools is a Canadian after school enrichment program exclusively for high performing students in grades 1 to 11 with 35 Campuses in Ontario, Manitoba, BC, Alberta and New Jersey. It is not a tutoring program, but a program developed to challenge students with a B+ or higher average. Students attend a 1½ hour class each week taught by university educated, professional teachers throughout the regular school year. Spirit of Math students and alumni have achieved outstanding results. They consistently dominate the national mathematics honour rolls of Canada and have earned scholarships to the top Universities including Harvard, MIT, Oxford and Waterloo. To learn more or to find a campus near you visit www.spiritofmath.com.