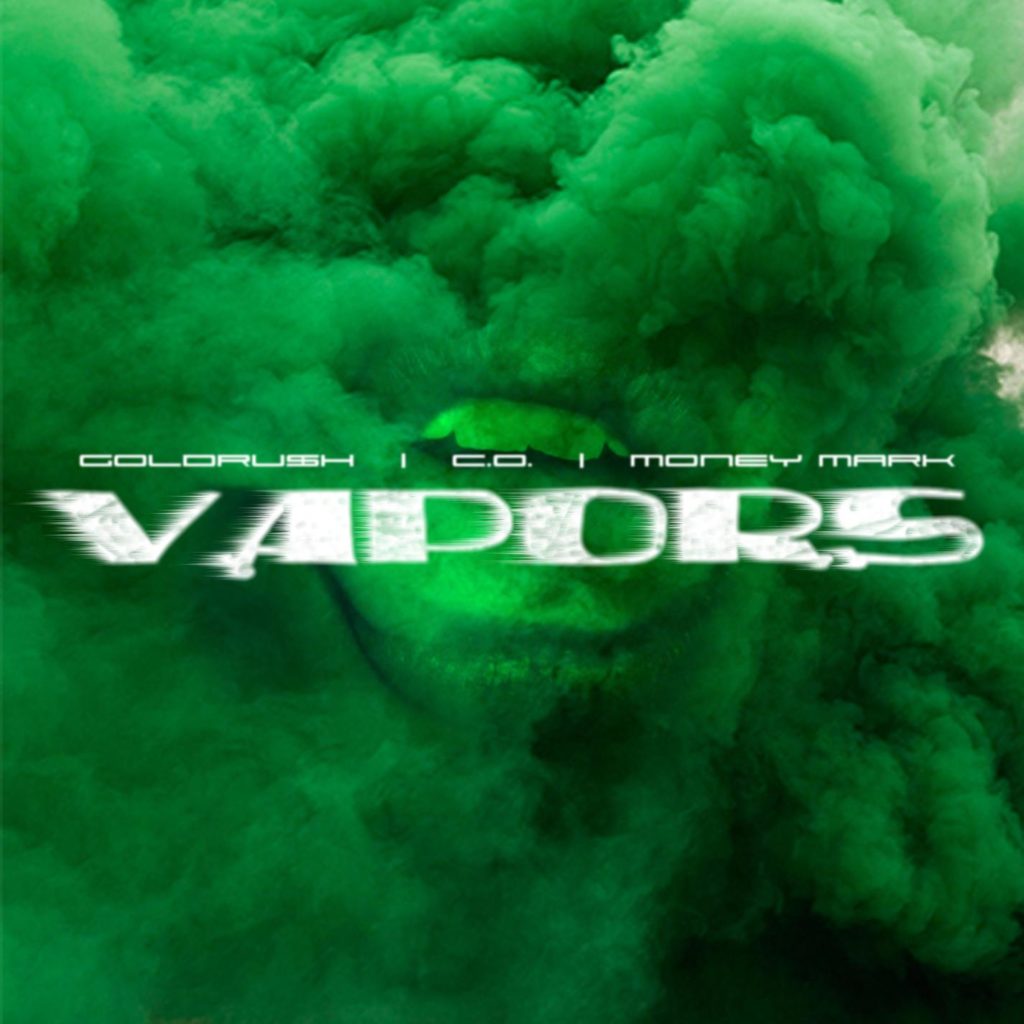 Miami has become a hotspot for hip-hop culture, birthing  talents like Rick Ross, Trina, Luke, and Trick Daddy.  The artists featured on Miami’s latest independent project “The Vapors” has worked with them all, and many more.  Money Mark Diggla, C.O Piscapo, and GoldRu$h have been behind the scenes of creating some of the best hits in hip-hop,  and are among the best musical talent that Miami has to offer.

C.O & Money Mark,  both former Slip-n-Slide artists,  have taken on the reigns as writers, performers, and actors since departing from the Miami-based record label.  Gold Ru$h, who has been putting his talents to some major hits over the past several years, makes a double appearance on the Vapors track, as an artist and producer.   Each of them have worn various hats to lend their talents to some of the biggest names in entertainment.

The new single “Vapors” is a first of many being released independently by Marked Money Entertainment, Gold Ru$h  & Piscapo Music.   Each of the artists are preparing for their solo projects to be released soon, so stay tuned for more Miami Heat!!!  “The Vapors” video was directed by Andrew Colton for 3rddayvp.com, and is available now on YouTube.

About Money Mark Diggla:   Best known for his verse on Trick Daddy’s hit song/video  “Take it to da house”  – Like Whuuut”  still echoes through his career by fans.  For many years, Mark toured with his label mates Trina and Trick Daddy, co-writing and collaborating on tracks.  But since departing from Slip-n-Slide, Money Mark Diggla has recording several albums, performed worldwide,  and starred in his own movie – Bloodline.  Other artist collaborations include Lil Wayne, Pitbull and Snoop Dog, just to name few.  Find more info on http://www.treplus.com .
Follow Money Mark on Twitter @MoneyMarkDiggla

About GoldRu$h:   Gold Ru$h is an artist, producer, and CEO of his own entertainment company.   Best known for producing dozens of tracks for Trick Daddy including albums “Back by Thug Demand”, “Finally Famous” and Thug.com2.   Gold Ru$h has also co-produced albums with D.J Khaled, Plies and Acehood.  Embarking on his own solo project, will be no hard task for this seasoned veteran, Coming Soon……
Follow GoldRu$h on Twitter @GoldRush954
###