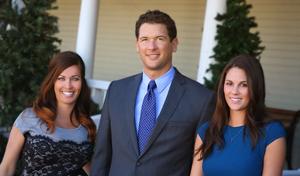 The recent verdict in Army Pfc. Bradley Manning’s court-martial brings the world closer to the conclusion of a three-year battle to bring him to justice.

It also presents a real-world example of several Statement of Reasons guidelines that would be grounds for someone in his situation to have their security clearance revoked.

Manning was arrested in May 2010 after it was discovered he gave about 750,000 pages of information to WikiLeaks. A judge acquitted him of aiding the enemy, but convicted him of violating the Espionage Act.

This unique case creates an opportunity to address some of the Adjudicative Guidelines for Determining Eligibility for Access to Classified Information, said John Griffith, a lawyer who assists clients who’ve had their security clearance denied, as well as those seeking Department of Defense (DoD) clearance.

A Statement of Reasons is provided when clearance is denied or revoked, and applicable guidelines are referenced. In a case like Manning’s, clearance might be revoked based on guidelines E, K and/or M, said Griffith, founder of Security Clearance Law Group in San Diego.

All of these guidelines outline concerns related to a person’s trustworthiness and willingness to protect sensitive information.

Being issued a Statement of Reasons doesn’t necessarily mean clearance will be denied or revoked, Griffith said, adding, “If the incident is isolated or infrequent, there may be some recourse.”

Griffith and the security clearance lawyers in his firm help clients formulate an appropriate SOR response in cases where clearance is threatened.

Learn More
For more information or to request a complimentary consultation, complete the online form on the Security Clearance Law Group website: www.keepyourclearance.com or call (858) 345-1720.