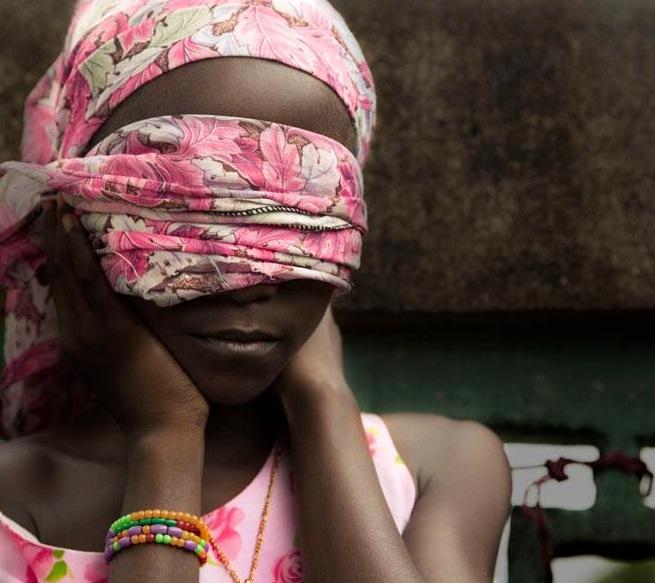 A compelling documentary about the high profile case of 7-year old Liberian rape victim Olivia Zinnah, who died in 2012 from her injuries, despite five years of medical treatments and the intervention of the Liberian government.

The filmmakers Jessica Vale and Nika Offenbac will be in attendance at both festivals.

The documentary Small Small Thing, chronicles the life of Olivia Zinnah who was brutally raped at the age of 7 in Monrovia, Liberia.  Filmmakers Jessica Vale (director, producer and writer) and Nika Offenbac (producer and director of photography) created Small Small Thing with the hope that sharing Olivia Zinnah’s story will raise awareness that rape is a global epidemic affecting children as well as adults.

Small Small Thing is receiving national and international attention from outlets including CNN, Huffington Post, and ABC’s World News Now. Its World Premiere will take place at the Palm Beach International Film Festival and it has been nominated for a Silver Heart Award at the Dallas International Film Festival. Presented by the Embrey Family Foundation, this $10,000 cash prize is bestowed on an individual or film for its dedication to fighting injustices and/or creating social change for the improvement of humanity.

Jessica Vale discovered Olivia Zinnah at JFK Memorial Hospital in Monrovia in January 2009 while in Liberia directing another documentary about the challenges US surgeons face in third world countries. When that film project was put on hold, Vale spent time in the women’s fistula ward where 9-year old Olivia had recently arrived as a patient. Olivia was malnourished and suffering from a severe fistula; she was gravely ill and her condition had been deteriorating for two years. Liberian surgeons initially attempted to fix the fistula but botched the surgery. Compelled by Olivia’s story, Vale set out to chronicle Olivia’s life struggles and horrific physical complications resulting from the rape.

Olivia’s mother Bendu did not originally seek medical attention for her daughter because their remote tribal village diagnosed her as a victim of “witchcraft.” After two years, Olivia was brought to JFK where Dr. Wilhelmina Jallah, head of obstetrics and gynecology, determined that Olivia’s injuries were a result of rape. At that time, Olivia named her cousin John as her attacker. He was in his twenties at the time of the incident. The family and John denied the accusations and shunned Olivia and Bendu from their village, forcing them to live at the hospital.

American surgeons operated on Olivia, saving her life but leaving her with a colostomy. They determined the fistula was so severe, it could not be fixed until she was 16 years old and her body had matured. Olivia and Bendu were then sent to live at a safe home for rape victims. President Sirleaf pulled them out and ordered more surgery for Olivia in late 2009, despite objections from doctors. Olivia Zinnah died in December 2012 from long-term systemic complications from her rape injuries. Her death was a tragic conclusion to years of unsuccessful attempts at coordinating her care despite being under the wing of Liberian President Ellen Johnson Sirleaf’s government and the United Nations.

In her director’s statement, Jessica Vale says, “Olivia’s death came as we were booking our wrap party and submitting to festivals worldwide. The heartbreak may never entirely heal, but with Small Small Thing, we can keep Olivia’s story alive. Through the film, we hope to pressure Liberians to bring Olivia’s accused rapist to trial, and shed light on yet another country with an epidemic of gender based violence. President Ellen Sirleaf may have won on a pro-woman platform, but she is letting the women of her country down.”

CNN conducted a powerful interview with Olivia in March 2010 to focus on the rape epidemic of young girls in Liberia.  http://bit.ly/14dspqj

As a footnote to Olivia’s story, on March 7, 2013, at long last, the Violence Against Women Act (VAWA) was reauthorized and signed into law in the United States and on March 7, 2013, the UN Commission on the Status of Women highlighted expanded actions to end violence against women around the world. http://bit.ly/16KIYJG.

In a March 8, 2013 Huffington Post article, Karin Landgren, Special Representative, United Nations Secretary-General and Coordinator of United Nations Operations in Liberia, spoke out about the rape crisis in Liberia and Olivia’s death. “Liberia is lauded as the first African country to elect a female president. The country can also be proud of having not one but two female Nobel peace prize winners. Despite these commendable achievements, many Liberian women and girls live with a high risk of sexual and gender-based violence (SGBV).” Landgren noted that four out of ten reported victims are under the age of twelve and concluded her article by stating that, “No girl or woman should ever have to suffer like Olivia did.”  http://huff.to/WKLSvb.

Jessica Vale is an accomplished non-fiction film producer and editor, working in the business for over a decade. Originally from New Hope, Pennsylvania, Jess graduated from Temple University. Her credits include work for CBS News, National Geographic, Discovery Channel, History Channel, The Weinstein Co., and more. When she’s not deep in the documentary world, Jess spends her time as a musician and artist. In 2005 and 2007, her singles appeared on the Billboard charts. Jessica’s work has been featured in publications around the world such as the front page of the Times London art section, Wired Magazine, the Associated Press, Philadelphia Inquirer, and the NY Daily News.

Nika Offenbac is a veteran commercial film and animation director working between NY and LA. After graduating from the California College of Art in San Francisco, she moved to NY and founded the design and visual effects studio CTRL.  In 2009 she returned to directing. Nika’s short films have been exhibited internationally at various festivals and museums including The Lincoln Center, The Kunsthaus Graz in Austria,  The National Museum of Popular Art in Rome, and are included in the permanent collection of the San Francisco MOMA. She was a recipient of the ADC Young Guns award in 2008 for her design work and has been featured in numerous publications most recently the documentary “Press Pause Play”.

Barnie is a proud mother and native Liberian living and working in New York as a senior wholesaler for Chase Bank. She became involved in Small Small Thing while working for a visiting medical team in Liberia. Barnie recently starred as an actress in her first feature film, “Murder in the Cassava Patch,” which premiered in spring 2012.

For more information or to arrange an interview with the filmmakers, please contact their publicists: