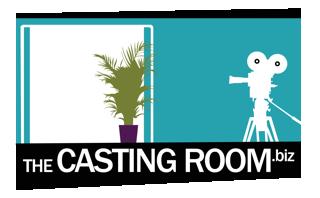 Co-creator Naomi Snieckus nominated for an ACTRA award for her work on Mr.D and The Casting Room

Award winning web series The Casting Room has been accepted into the prestigious “LA WEBFEST”. Now in it’s 3rd season The LA WebFest is the largest web series festival in the world. The Festival will be held March 29-31st in Los Angeles, California.

Co-Creator Naomi Snieckus has been nominated for an Actra Awards for her work as “Bobbi” in Mr.D on CBC. The awards will take place in Toronto on February 23rd, 2013

The Casting Room is to be franchised in Norway by De Andre Teatre. Season one will be translated in Norwegian and performed by actors living in Oslo – stay tuned.

About The Casting Room:

Now in their third season The Casting Room is a web series that has been created for actors to learn the do’s and don’ts of auditioning. Viewers can tune in each episode to watch as a special guest learns the hard way how to deliver the best audition.

“We based it on what truly happens in the room but wanted to write it in a fun way, keeping the love we have for actors, helping them at the same time.” – Stephanie Gorin

CSA, CDC, has been casting for over 20 years. During that time she has received 2 Emmy nominations for The Tudors II & III, 3 Gemini nominations for Guns, Being Erica and The Border, and an Artios nomination for Bombay Dreams. Casting credits include Stone Angel, Saw II – VII, Sunshine Sketches of a Little Town, The Barrens, The Phantoms, Russell Peters Xmas Special, The Story of Luke, Cobu, coâ€casting on Edwin Boyd, Hairspray, Get Rich or Die Tryin’, Take the Lead and Chicago. Television series include: Copper, Hemlock Grove, The Borgias, The Listener, Being Erica, Haven, Camelot, Degrassi, The Ron James Show, Wingin’ It. Theatre productions: Warhorse, Les Miserables, The Wizard of Oz, The Sound Of Music, Rent, Miss Saigon, Mamma Mia, The Lord of the Rings, Rock of Ages, We Will Rock You, Dirty Dancing. The idea for The Casting Room came from doing workshops for charity, teaching actors some of the dos and don’ts that can win or lose you a job.

Naomi plays “Bobbi” in the CBC hit comedy Mr.D. She is an alumnus of The Second City Toronto where she wrote/performed in five hit shows. She has performed in theatre across Canada. Naomi directed Chelsea Menders in the award winning Naughty Little Children and the Touring Co. at Second City. She has written for Trish Stratus for Walk of Fame and Nelly Furtado for The Junos. TV and film credits include Degrassi, Train 48, Regenesis, Little Mosque on the Prairie, Ron James Show, Being Erica, Wingin’ It, Reel Love, SAW 3D, Haven, Alphas, Drunk and on Drugs Happy Fun Time Hour and The Listener! Naomi’s voice has been on CBC Radio’s Canadia, as Aunt Turtle in Franklin the Turtle and in Cat in The Hat. She is a founding member of 3 time Canadian Comedy Award winning The National Theatre of the World and performs/produces: Impromptu Splendor, The Carnegie Hall Show, The Script Tease Project and The Soaps. NTOW has traveled to NY, South Carolina, Amsterdam, Berlin, Graz and Oslo-coming up The Yukon, UK, Israel and more!! Naomi won the CCA for best female improviser in 2010 and is nominated for an Actra Award in 2013.