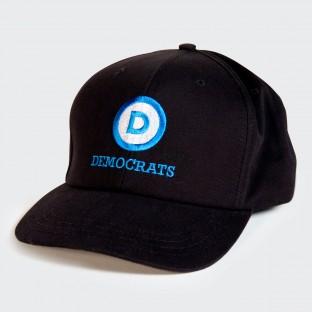 Middletown Mayor Daniel Drew and state Rep. Matt Lesser, of Middletown’s legislative delegation, have both been elected to leadership posts in the national Democratic Party.

Drew, elected mayor in 2011, was elected as a Connecticut delegate to the convention and is expected to nominate President Barack Obama and Vice President Joe Biden.

State Rep. Lesser, serving his second term in the state House, has been named as one of two Connecticut delegates to the Democratic National Platform Committee.

The committee, co-chaired by Newark, NJ Mayor Cory Booker and Lt. Gen. Claudia Kennedy (Ret.), will meet in Detroit this week to draft the Democratic Party’s platform for the 2012 elections.

The platform for the first time will likely support equal marriage rights for gays and lesbians following President Obama’s announcement of support earlier this year. Gay marriage has been legal in Connecticut since 2008.

Past platforms have had major repercussions: A fight over the inclusion of a civil rights plank in the 1948 Democratic platform led to a walkout of Southern Democrats and helped start the modern civil rights movement.

Drew and Lesser will attend the Democratic National Convention next month in Charlotte, N.C.

“This is an honor,” Lesser said in a statement, “but it’s also an important job. I will work to ensure that the platform fights to protect the middle class. President Obama and Joe Biden will make the middle class the message of the campaign, and the alternative in Gov. Romney is a man who made his fortune off-shoring middle class jobs and who even wants to privatize Medicare.”

Drew said he is proud to have this opportunity to represent the Democratic Party of Connecticut.

“Barack Obama and Joe Biden have been champions of the middle class in Connecticut and the nation and I look forward to supporting them at the convention,” Drew said.

No public funds will be spent in connection with these posts, according to Drew and Lesser.