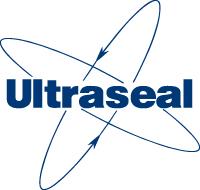 Rise in orders for impregnation equipment

Ultraseal International has experienced a surge of orders over the past year as manufacturers turn to sealant impregnation as a quality enhancement that permanently solves the eternal problem of porosity in casting.

The global leader in recyclable sealants that deliver exceptionally high performance combined with cost and environmental benefits has seen a rise in orders for its impregnation equipment both in Europe and worldwide.

The rise in demand from Europe is being driven by investment in new vehicle programmes in the automotive industry, and Ultraseal has won new business from both Original Equipment Manufacturers and Tier 1 suppliers.

Gary Lloyd, Managing Director of Ultraseal International, based in Coventry, UK, said: “Europe is recovering, rather than buoyant. Before last year, there was a slowdown because of the recession but now it is moving forward.

“We are also seeing some manufacturers deciding to take their sealant impregnation back in-house as an integral part of their quality assurance process rather than contract it out to job shops.

”By impregnating with recyclable sealants such as Rexeal 100 which can withstand temperatures up to 220°C manufacturers can be assured of a quality end product that will be pressure tight.

“This is especially important for components such as automotive compressors that have to operate under high pressures. Manufacturers simply cannot afford to find out at a late stage in production that components will leak.”

Some of the orders came after Ultraseal exhibited at GIFA 2011 in Germany, where it had a working demonstration of its ground-breaking closed loop impregnation system that can operate almost continuously around the clock.

Ultraseal manufactures a range of impregnation equipment and was the first to introduce front-loading machines that benefits the processing of high volume parts and that can be easily integrated into more automated production environment.

Ultraseal has increased its market share in equipment through extended partnerships with customers. Its position as the market leader in recyclable sealants has been a major contributor to the growth in Ultraseal’s sales of impregnation equipment.

Rexeal 100 and Ultraseal MX2 not only produce excellent results, they are far more efficient than conventional sealants. In a conventional process up to 90% of the sealant is simply washed away in the cold wash cycle. With Ultraseal’s equipment and recyclable sealants, the sealant is recovered and used again.

Ultraseal has strong and long-established equipment footprints in China and India and its global success is underpinned by its flexibility in accommodating customer design requirements and its world-wide technical support.

With headquarters in Coventry, UK, it has a truly global reach, with established operations in China, India, Japan and the United States, as well as a global network of agents/distributors.