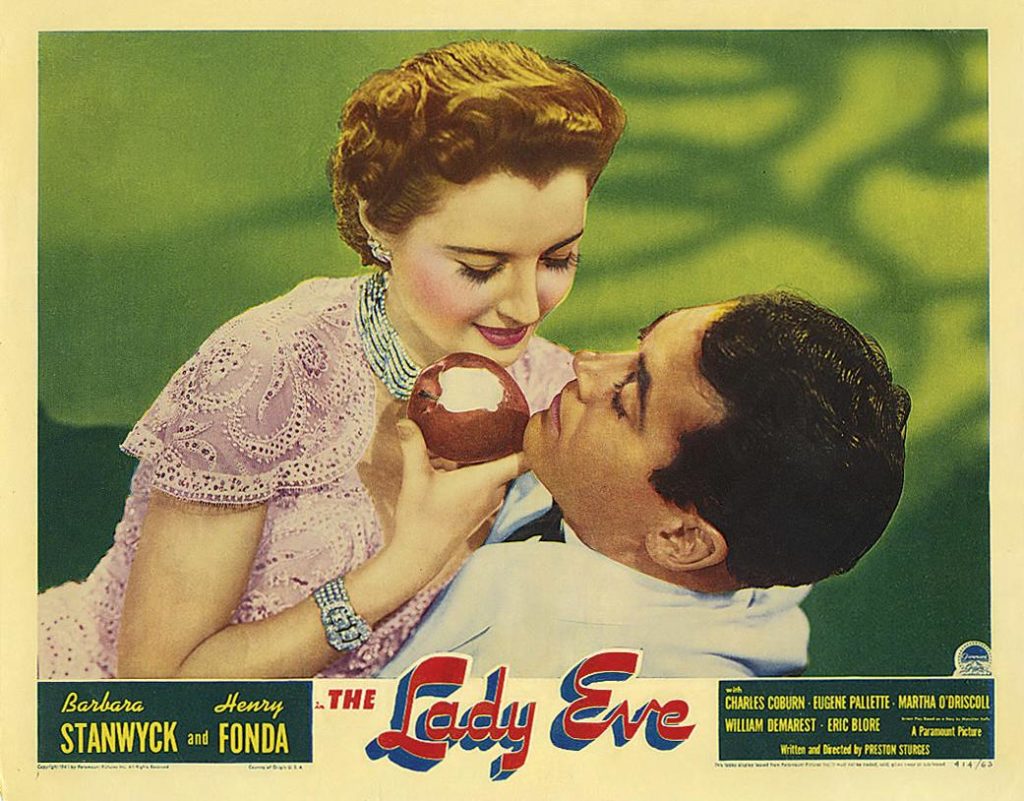 Films Include “The Lady Eve,”  “The Princess Bride,” “Airplane!”

The Academy of Motion Picture Arts and Sciences has undertaken a unique expansion in film preservation. As the rise of digital technology drastically reduces the availability of film stock, the project accelerates the work of the Academy Film Archive to acquire and create new archival film masters and prints from at-risk elements. Under the banner “Film-to-Film,” the $2 million initiative, approved by the Academy’s Board of Governors, focuses largely on Academy Award®-winning and nominated films from across motion picture history, including works made as recently as the 1990s.

“This is a moment of great transition for our industry, and we are responding to the urgency of that moment,” said Dawn Hudson, Academy CEO. “By increasing our preservation efforts now, we are building a vital pipeline of films and film elements that we will not only safeguard, but also make available for audiences well into the future.”


Until recently, the mass production of film stock required for theatrical exhibition made this resource widely available and affordable for preservation work. However, as the industry continues its rapid transition to digital technology, film prints and the film stock required to create them are becoming increasingly scarce. The Academy’s Film-to-Film project is intended to take advantage of the remaining availability of celluloid stock to preserve a diverse slate of important works on film. At the same time, the initiative also ensures that high quality film elements will exist for easier, more cost-effective digitization in the future.

“Film-to-Film represents an extraordinary commitment to preserving our film heritage on film, but it’s also a part of our digital future,” noted Academy Film Archive director Mike Pogorzelski. “Once the industry has resolved the challenges still posed by digital preservation, including the lack of standard file formats and continuous technology migration, we will be able to scan these films without relying on brittle, fragile, or deteriorated elements.”

Between 1992 and the launch of the Film-to-Film project, the Academy Film Archive had preserved approximately 1,000 titles. Under Film-to-Film initiative, which began in 2011, the Archive has preserved or acquired about 300 more, including feature films, documentaries, experimental works, shorts and the home movies of Hollywood luminaries. A number of the initiative’s preservation projects are being conducted in partnership with other institutions, including the UCLA Film &Television Archive and the British Film Institute, as well as other archives in countries including Hungary, Norway, Sweden and Japan.

The initiative’s most significant feature film preservation efforts include “Sleuth” (1972), which earned four Academy Award nominations; “The Cardinal” (1963), which earned six nominations including Best Director and Best Actor in a Supporting Role for Otto Preminger and John Huston, respectively; and “Cock of the Air” (1932), a comedy produced by Howard Hughes prior to the advent of the Production Code Administration.

Academy Award-nominated shorts under-going preservation includes Saul Bass’s landmark “Notes on the Popular Arts” (1977) and four short subject comedies from 1933 and 1935 currently on loan from the Library of Congress. Notable silent films include “The Mark of Zorro” (1920), featuring Douglas Fairbanks; “The Blazing Trail” (1921), which marked the screen debut of silent star Mary Philbin; and “A Famous Duel” (1911), a short directed by industry pioneer Edwin S. Porter.

Efforts are also underway to preserve a number of Academy Award-nominated documentary shorts including “The Odds Against” (1966) and “Naked Yoga” (1975), and the Oscar®-winning “Young at Heart” (1987), which chronicles two octogenarians’ romance.

The project is preserving a host of experimental and avant-garde works by such filmmakers as Stan Brakhage, Will Hindle, Nina Menkes, Penelope Spheeris and others; and reels of home movies from the collections of Steve McQueen, Esther Williams, William Wyler, Sam Fuller and James Wong Howe. Other reels being preserved document a range of subjects that includes Grauman’s Chinese Theater in 1926, Japanese-American life in Southern California prior to World War II, and behind-the-scenes footage from “My Blue Heaven” (1950), “The Prisoner of Zenda” (1937) and “The Thomas Crown Affair” (1968).

Dedicated to the preservation, restoration, documentation, exhibition and study of motion pictures, the Academy Film Archive is home to one of the most diverse and extensive motion picture collections in the world, including the personal collections of such filmmakers as Alfred Hitchcock, Cecil B. DeMille, George Stevens, Fred Zinnemann, Sam Peckinpah and Jim Jarmusch.

For more information about the Academy Film Archive, visit www.oscars.org/filmarchive.