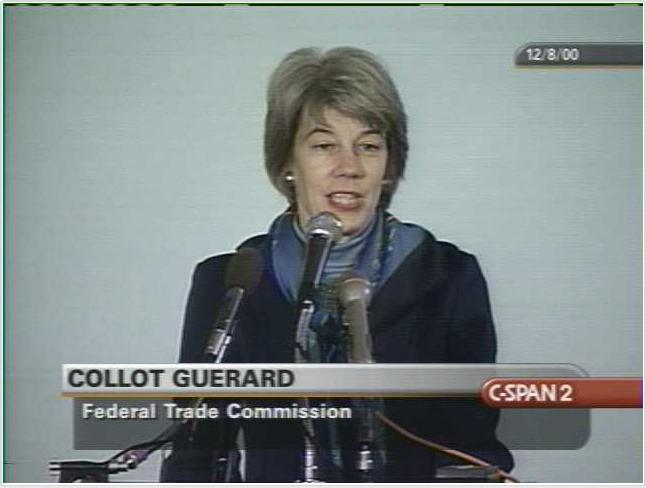 A representative for the Federal Trade Commission, Dotan Weinman, has requested in an e-mail that quoted statements mocking members of the Mormon Church, attributed to FTC attorney, Ms. Collot Guerard, one of the Commission’s lead attorneys, be removed from www.EvilFTC.com, a website critical of the workings of the Commission.  In his e-mail, Mr. Weinman also threatens legal action if the statements are not removed.

“We have already offered to remove the statements from the website if we can get a statement from Ms. Guerard that she never made the anti-Mormon comments in question,” said Ryan Riddle, spokesman for the website, www.EvilFTC.com.  “However, Ms. Guerard probably is not eager to provide such a statement since she knows full well that her comments which we published on the website, are not only accurate as to their content, but were spoken in the presence of third parties who heard them as well.  It’s ridiculous for the government to assume we will remove content from our website by simply making threats of legal action, when their own attorney does not even deny making the statements in the first place.”

During a break in a deposition, Ms. Guerard questioned Mr. Jeremy Johnson about how many people in Saint George, Utah are Mormon.  Ms. Guerard went on to tell Mr. Johnson that she is a “real Christian” and that she goes to church with ex-Mormons, who are also now “real Christians”.  Ryan Riddle Spokesman for www.EvilFTC.com, contends that Ms. Guerard referred to Mr. Johnson as a member of the “Mormon Mafia” when speaking with others about his case.

Mr. Riddle also contends that Mr. Johnson was subjected to additional questioning about his religious beliefs from FTC Chairman, Jon Leibowitz, prior to the Chairman voting to sue Mr. Johnson and to put his companies out of business.

“Why would a government agency be so obsessed with the Mormon religion?” asked Ryan Riddle spokesperson for the website. “Why would the Chairman of the Federal Trade Commission demand to know about a person’s religious beliefs before making a decision on whether or not an agency of the Federal Government decided to sue that person?  Is there a predisposed religious prejudice on the part of the FTC contributing to an obstruction of justice?”

Linda Goldstein, an attorney who attended the meeting with Johnson and Chairman Leibowitz, stated that, “In the many years working with the FTC on numerous cases, I have never seen an FTC Commissioner interrogate a defendant about their religious beliefs.  A person’s religion should have absolutely nothing to do with the Government’s decision to proceed with a case.”

Dotan Weinman- Attorney for the FTC