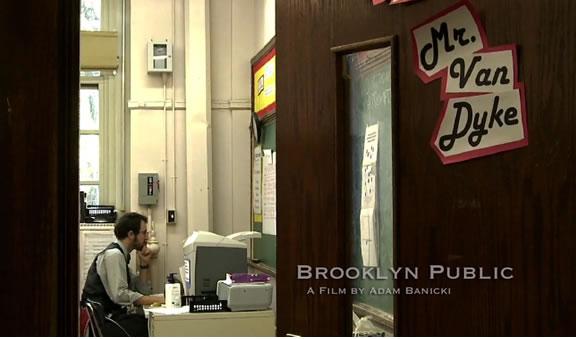 Brooklyn Public has recently launched a Kickstarter campaign seeking finishing funds for the project. Brooklyn Public is a look into a New York public school and the surrounding neighborhood, through the eyes of it’s students. We will follow four students as they begin a community project in their freshman English class, led by their compelling teacher, Mr. Van Dyke.

Celebrating people and places around their community that in the past have commonly drawn negative attention, the students will uncover a new found significance in their neighborhood and education. Growing up first-generation American in East New York, the kids will face daily hardships in and out of the classroom. This film will help people to better understand public education in New York City, and hopefully help future educators in their own classrooms.

Universities, colleges and anyone seeking a screening, can donate $2500 to the project to have the film presented for them by filmmaker Adam Banicki for their selected audience anywhere in the US.


Adam Banicki grew up in the Midwest and attended DePaul University in Chicago for his undergraduate degree in Digital Cinema. After graduation, he moved to Los Angeles and spent time working for Entertainment Tonight and The Cleveland Show. After two years Adam moved to New York to pursue an MFA in Social Documentary Film at the School of Visual Arts. Brooklyn Public is Adam’s first major documentary film. His previous short documentary, The Piano Busker, screened at festivals across the US and was nominated for Best Documentary at the Naperville Independent Film Festival.

If you would like more information on this project please email info@contingencypictures.com.