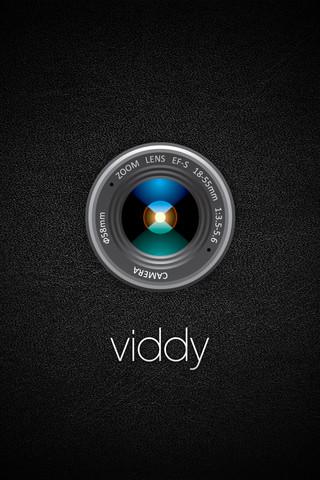 “Watching videos with friends is inherently social,” said Justin Osofsky, Director of Platform Partnerships at Facebook. Viddy is a great example of a timeline app that enables people to share and discover mobile videos through friends.”

Viddy is the one of the most popular mobile social video applications in the world, according to the iTunes App Store rankings. With Viddy’s “Production Packs” (soundtracks, transitions, and one click special effects packages), Viddy enables people to transform raw video into entertaining clips that are easy to share and, most importantly, worth sharing.

For SWSX, Viddy is launching a signature SWSX custom branded Production Pack that turns Viddy videos into 15-Second moving postcards from Austin, Texas, complete with country music & rustic art. With the SWSX branded production pack, people can create videos, geo-tag their location and share video clips with their friends. All SWSX Viddys can be viewed in the Viddy App and at Austin.Viddy.com.

In addition to today’s release, Linkin Park is partnering with Viddy to offer their 40 million Facebook fans and fans around the world an opportunity to create custom made music Viddys from their iPhones.

“The power of Facebook Platform gives Viddy the ability to reach and engage with hundreds of millions of consumers and enables Viddy’s content and content partners such as Linkin Park to become a key part of people’s experiences on Facebook,” according to Brett O’Brien, CEO & Co-Founder of Viddy. “Viddy is the perfect app to bring to Facebook timeline, and is enabling Viddyographers to express themselves and connect with friends through social video.”

Launched in April 2011, Viddy is a mobile social video application that enables users to shoot, beautify and share 15-second video clips using Adobe and Final Cut style visual effects pre-bundled into one-click production packages with soundtracks, transitions and a variety of special FX filters. Users can add titles, tags, and geo-location and share via the Viddy network and through Facebook.

Imagined and created in the Matrix building in Venice, California, Viddy was founded by JJ Aguhob and Brett O’Brien.