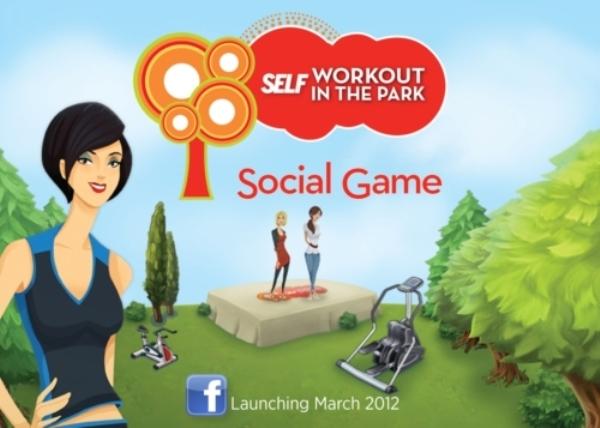 By Ane Howard for Vator News

Programmers are creating games by women for women

Hoping to reach women with social gaming, Self Magazine a health and fitness publication for women published by Condé Nast Publications announced today at the Game Developers Conference 2012 the upcoming launch later this month of its first Facebook game inspired specifically by its annual fitness event Workout in the Park .

Work Out in the Park encourages participants to get out of the gym and into the great outdoors of San Francisco, New York, and Chicago. Self Magazine believes that the new Facebook game will encourage more women to register to its 19th event and serves as an entry point into social gaming for health. The game was conceptualized and created in-house at Condé Nast’s office in New York by Laura McEwen partnering with best-in-class partners SMERC, Live Gamer and Kontagent.


These programmers are challenging head-on an often-held misconception that gaming is for young males,even though women now make up half of all video game players.

Yet the topic of women in games,as players, developers and characters,is the source of ongoing debate in the gaming community, not least because the most dedicated players, the self-professed “gamers,” are still predominately young and,or immature males.

But time has changed and now women make up for 50% of the gaming population.

“This game puts SELF on the leading edge of one of the most vibrant consumer experiences just as the market for high-quality branded games, goods and virtual services is exploding,” says McEwen via a press statement. “SELF Workout in the Park will have a profound effect on our brand footprint as the number of female gamers has grown exponentially, now representing 55% of the 98 million social gamers in the U.S. SELF is at the right place at the right time—the game is fun, funny, engaging and captures women’s passionate interests in fitness, health and wellness.”

Workout in the Park offers its participant an energetic social experience, one where the gamer is fully engaged in customizing its setting, giving her for instance the ability to create her own park and to personalize her avatar to accurately reflect her body type and level of fitness. She can also adjust level of difficulties up or down based on gameplay and connect to it on her mobile phone to continue play on-the-go, purchased branded goods,including athletic apparel, beauty and grooming, lifestyle fashion and accessories, and food and beverage.

The game is scheduled to be released on Facebook on March 19, 2012.