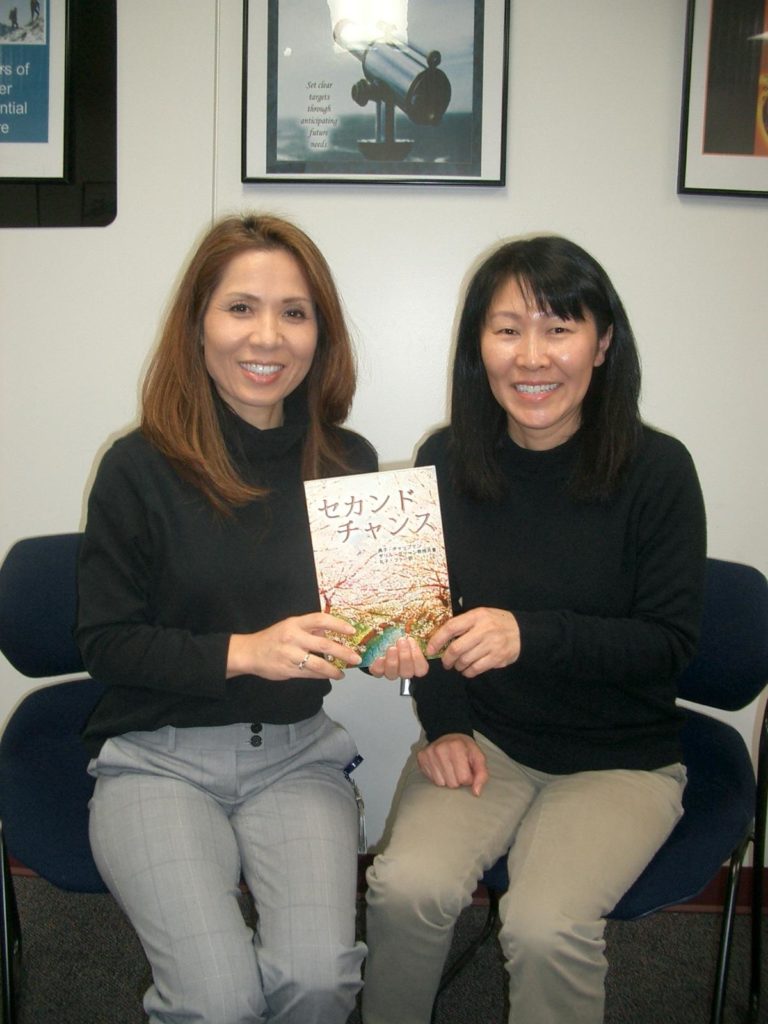 How can corporations increase their charitable opportunities?  This is the question that will be answered during a book tour Japan from December 22-28, 2011.

Lincoln Memorial University (LMU) student and DENSO Corporation employee Noriko Iwanaga Chapman will be traveling to Japan early next year to discuss her experience working with the Tennessee Rehabilitation Center (TRC) helping increase its operations efficiency and how other organizations and corporations can follow her successful model.  In 2009, the Maryville TRC was ranked at eighth in contract sales in Tennessee. Its mission is to provide services that help lead individuals who have a physical and/or mental disability to employment and are designed to meet individual needs.

Chapman has pledged 30 percent of the book proceeds to the TRC and also helped restore $75,000 of government funding to the Center.  Chapman became connected to this organization.

“I was inspired by the staff and by individuals with disabilities who were trying very hard to learn work skills and seek permanent employment,” explained Chapman. With the publication of her first book, Chapman was able to bring more attention to the TRC and educate the public on different physical and mental disabilities.

DENSO Corporation, headquartered in Kariya, Aichi prefecture, Japan, is a leading global automotive supplier with customers that include major carmakers. With more than 200 subsidiaries and affiliates in 35 countries and regions (including Japan), DENSO had worked to provide the TRC with a contract that allowed disabled workers to earn income. DENSO was offering these workers a second chance.

Chapman had made this relationship possible. She has become a role model to millions of women looking to overcome extreme obstacles in life.

Chapman, a cancer survivor, is a mother of two who has worked in the automobile industry for 16 years.  She hopes her new book and tour will help women in Japan too: “Japan is a male-dominated society.  Even though the culture is gradually adopting to accommodate female workforce, the career advancement for women in Japan is still limited. The changes are not quick enough to satisfy thousands of bright, hard-working Japanese women.”

Chapman hopes to other corporations and organizations follow in DENSO’s footsteps and help provide second chances to those who need it around the world.

For more information about the book or the author, please contact Noriko Chapman directly at 865-379-6455 or Chance2.Noriko@gmail.com. Ms. Chapman is available for media interviews.

Noriko Chapman is an international traveler and a role model to millions of women looking to overcome extreme obstacles in life. Noriko is also a Lincoln Memorial University student. She has been noted and quoted in such media outlets as Knoxville News Sentinel, Live at 5 (NBC affiliate), Black Pearls Magazine, What’s Going On? Talk show, and The Daily Times.