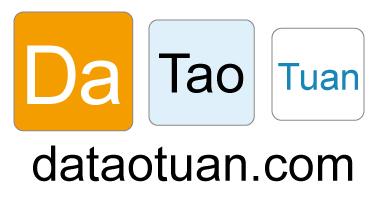 Daily Deals follow the seasons as diligently as the weather in Shanghai. Well not really. While recently the 23 degrees celsius made it seem like Spring was back for a second time this year in Shanghai, hot selling deals have been bedding, warm underwear and warm plasters.

At least the buyers are well prepared in case the cold will come as the concrete walls make the insides of apartments colder than the outside.

– Lashou made it this month to the no.1 position for the revenue ranking.

– The average price per deal decreased and the average Nr.Sold increased in Oct., which is against the overall trend in the last 5 months.

– Beijing is the biggest group-buy market. Compared with Shanghai, over 50% more deals are launched in Beijing

– The average Nr. Sold per deal though in Shanghai is significantly higher than Beijing, indicating a higher deal quality.

For the full report including the latest updates about Dataotuan.com please find our full report on http://blog.dataotuan.com/en/warm-winter-deals-daily-deals-october-2011/

As an aside Dataotuan has launched:

– Deal Maps for all its countries. see for example  www.dataotuan.com/map

All maps are highly customizable.

– Mobile versions for all its countries

P.S.The Shanghai’s quality findings are nothing new for anyone living here.

We can imagine Beijing’s quantity probably is due to a craving for warm underwear and warm plasters. Be careful where you stick them.

Dataotuan.com is a unique daily deal aggregator and analytics platform in China and the rest of Asia.It collects daily more than 8000 new deals from over 320 Chinese cities.  Dataotuan.com was started with 2 goals in mind.

1/ To recommend the best deals to our users based on where they are, what they like and when they want it as well as giving them tools to manage them.

2/ To analyze the deal data in order to find out what constitutes the best daily dealDataotuan.com helps Daily Deal websites figuring out which deals to offer and where.It helps analysts and investors understand the market dynamics and provides advice to merchants about which deal websites to cooperate with.

Dataotuan is also aggregating and analyzing the daily deal markets in Singapore,Malaysia,The Philippines,Taiwan and Australia.

More countries will follow soon as our goal is to cover all Asia and then the rest of the world.

P.S. The Shanghai’s quality findings are nothing new for anyone living here. We can imagine Beijing’s quantity probably is due to a craving for warm underwear and warm plasters. Be careful where you stick them.