Academy Returns to a Century Ago 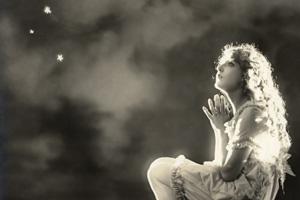 The Academy of Motion Picture Arts and Sciences will celebrate the year 1911 and its developmental contributions to motion pictures with a program of selected films in “A Century Ago: The Films of 1911, Heroes and Heroines” on Monday, November 7, at 7:30 p.m. at the Academy’s Linwood Dunn Theater in Hollywood. Presented on a 1909 hand-cranked Power’s Model 6 Cameragraph motion picture machine, the films will be screened with live musical accompaniment by Michael Mortilla. This is the ninth consecutive year the Academy has presented an evening of films from 100 years earlier.

The program will spotlight several of the newly anointed star personalities of the screen whose emergence allowed studios and filmmakers to distinguish and brand their one-reel productions, which were shot in a surprising variety of locations.

“A Century Ago: The Films of 1911” will include Mary Pickford in Thomas Ince’s IMP film “The Dream,” G.M. Anderson in Essanay’s “Broncho Billy’s Christmas Dinner,” John Bunny and Flora Finch in Vitagraph’s “Her Crowning Glory,” Kathlyn Williams in the Selig Company’s “Lost in the Jungle,” Winsor McCay’s first animated film from Vitagraph (“Winsor McCay”) and a newly preserved print of the Star Film Company’s “Billy and His Pal.”

Most prints will be in 35mm and are drawn from the collections of the Academy Film Archive, the British Film Institute, the Library of Congress, the Nederlands Filmmuseum and the UCLA Film & Television Archive.

Tickets for “A Century Ago: The Films of 1911” are $5 for the general public and $3 for Academy members and students with a valid ID. They may be purchased online at www.oscars.org, in person at the Academy box office or by mail. The Linwood Dunn Theater is located at the Academy’s Pickford Center for Motion Picture Study, 1313 Vine Street in Hollywood. Doors open at 6:30 p.m. All seating is unreserved. For more information, call (310) 247-3600 or visit www.oscars.org.

The Academy of Motion Picture Arts and Sciences is the world’s preeminent movie-related organization, with a membership of more than 6,000 of the most accomplished men and women working in cinema. In addition to the annual Academy Awards – in which the members vote to select the nominees and winners – the Academy presents a diverse year-round slate of public programs, exhibitions and events; provides financial support to a wide range of other movie-related organizations and endeavors; acts as a neutral advocate in the advancement of motion picture technology; and, through its Margaret Herrick Library and Academy Film Archive, collects, preserves, restores and provides access to movies and items related to their history. Through these and other activities the Academy serves students, historians, the entertainment industry and people everywhere who love movies.